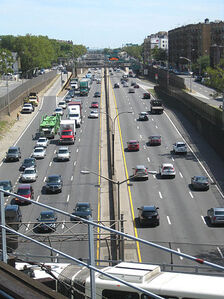 House Republicans have passed a budget, part of which would end the Michigan film subsidy program and strip down some corporate welfare programs to devote that money toward road funding. This is good news for the state.

In the Legislature, typically the governor releases a proposal, the House and Senate pass their budgets, and members of the groups meet to hash out the differences. That’s where the process stands now.

But the fight is not over. The Republican-dominated Senate and other members in the House have been big backers of the film program, even pushing to have it expanded.

The Detroit Free Press called Senate Majority Leader Randy Richardville, R-Monroe, “one of the biggest fans of the film incentive.”

“It didn’t get killed. It just got wounded, and I plan a full resurrection,” he was quoted as saying in the Free Press. “It’s a very, very important thing for the state of Michigan.”

The film subsidies are an inefficient and unnecessary waste of public dollars. There are no more film jobs in Michigan today than in the years before the subsidy. Virtually every study done not connected to the rent-seeking industry — by conservative, liberal and non-partisan groups — has shown them to not be worth the cost. Worst of all, the program here in Michigan has led to disaster, like the near-bankruptcy of Allen Park, which now has an emergency manager, and the raid of teacher pension funds to help cover the bills for a movie studio in Pontiac.

Gov. Rick Snyder is correct that the state should spend more money on roads. But it’s tough to make the case that the Legislature is doing its best to find money in the budget if it doesn’t cut the low-hanging fruit like film subsidies, select subsidy programs and a whole host of other options.

If road funding is so important that it would literally “save lives” as a group that supports road funding says on its website, there is no excuse to continue sending money to Big Hollywood productions.