Trust Not in Obamacare Medicaid Promises

Check to states may not be in the mail 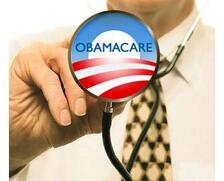 As described here and elsewhere, one provision of Obamacare seeks to tempt state legislatures into expanding state Medicaid eligibility and spending by placing 100 percent the expansion’s costs on the federal budget for the first three years, and 90 percent from the year 2020 on in perpetuity.

Gov. Rick Snyder was relying on that Washington politician’s promise when he recommended that Michigan go along with the optional expansion. (It’s worth noting that Medicaid is the primary driver of government health care spending in Michigan that has already grown some 50 percent over the past decade.) Legislators here and in more than half the other states are currently wrestling with whether to go along with the expansion.

Now come two prominent federal lawmakers serving warning that Obamacare’s promise to pick up 90 percent of the law’s (optional for states) Medicaid expansion may not be worth the (2,000 pages of ) paper it’s written on.* The warning comes in the form of an amendment to arcane congressional budget rules proposed by Republican Sens. Tom Coburn of Oklahoma and Richard Burr of North Carolina. It would give congressional committees permission to whack the promised level of future federal Medicaid cost sharing if doing so would reduce the U.S. budget deficit.

Sen. Coburn gives a typically political — if unusually honest and non-Orwellian — “title” to his offering, calling it a measure “To prevent the federal government from making an unrealistic promise to States to fund any State’s expansion of the Medicaid program at a higher level of federal reimbursement.”

The amendment has no chance of being adopted in the Democratic-controlled Senate, but that hardly matters since all it really does is state clearly what everyone already knows is reality: The federal government is broke and eventually will run out of other people’s money to spend.

When that moment arrives — or when the political winds shift in ways that finally cause Washington to seriously address its overspending addiction — can anyone doubt that politicians there will see breaking those hoary old Obamacare Medicaid promises as an easy way to shift some of the political burden onto someone else, such as politicians in state capitols?

Of course that will happen, and few would even try to pretend otherwise. Therefore, unless they don’t care about loading hundreds of millions of dollars of extra annual spending (and presumably the tax hikes to support it) onto Michigan state budgets (and taxpayers) starting in just a few years, this should make the Medicaid expansion decision easy for state lawmakers here. In short, why borrow Washington’s trouble?

*One journalistic wag calculated that depending on the font and margin size used, the law as finally enacted came to “just” 906 pages.

Jack McHugh is senior legislative analyst for the Mackinac Center for Public Policy, a non-partisan research and educational institute in Midland, Mich.