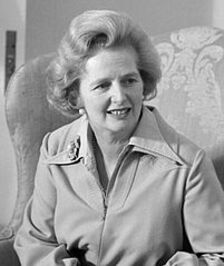 She brought all those things to the beleaguered nation she led, and inspired millions the world over as she did it. And it was no small feat. The Britain she found upon assuming its highest office was torn by labor violence, enervated by crushing tax rates, and smothered by nanny state welfarism. It was the Sick Man of Europe, but 11 years later, it was once again the proud and productive workshop of the Continent, if not the world.

Margaret Thatcher didn’t end socialism in Britain, but she did more toward that laudable goal that anyone expected and perhaps more than any man at the time could have done.

She also gave socialism the tongue-lashing it richly deserved, noting on one occasion that “Socialist governments traditionally do make a financial mess. They always run out of other people’s money. It’s quite a characteristic of them.” Another time she declared, “Socialists cry ‘Power to the people’ and raise the clenched fist as they say it. We all know what they really mean — power over people, power to the State.”

One of the reasons statists hated Margaret Thatcher is one of the reasons we lovers of liberty appreciated her. She rarely minced words. Statism — an over-arching term for all varieties of socialism — is all about power.

Strip away the high-sounding rhetoric about “helping” people, statists don’t go about their business through persuasion and voluntary participation. They draft and dragoon you. Their message is always: "We’re going to help you whether you like it or not, or want it or not, and we’ll use force to bring you into line."

So Thatcher had it exactly right when she told her countrymen that, "The choice facing the nation is between two totally different ways of life. And what a prize we have to fight for: no less than the chance to banish from our land the dark, divisive clouds of Marxist socialism and bring together men and women from all walks of life who share a belief in freedom."

Her eloquence brought to mind Harry Truman's famous remark: "I never gave anybody hell. I just told the truth and they thought it was hell." The difference was, Thatcher really did deliver hell to the other side. She thrashed the Labour opposition in three consecutive elections. She dramatically lowered marginal tax rates. She privatized a long list of tax-eating, slothful, state-owned companies and assets, including more than a million units of public housing. She helped to strengthen Western resolve to face down the Soviet Union's expansionist aims. She made a monumental difference in world politics.

"I came to office with one deliberate intent," she declared: "To change Britain from a dependent to a self-reliant society — from a give-it-to-me, to a do-it-yourself nation. A get-up-and-go, instead of a sit-back-and-wait-for-it Britain."

I had the privilege of meeting Margaret Thatcher personally on two occasions, in 1996 and 2002. She impressed me both times as a woman who knew what she stood for and wanted you to know it. She was as strong as she was refreshing.

Margaret Thatcher did much and stood for great things. Her accomplishments were her own, not the result of a politically connected husband, a wealthy inheritance or affirmative action privileges. She climbed the greasy pole, as Disraeli would say, against odds and obstacles that her own indomitable will overcame.

Whether lovers of liberty in Britain and elsewhere finish the job is yet to be decided, but there is no question that Margaret Thatcher pointed the way. It may, unfortunately, be a very long time before we see her likes again.