Legislators Chip Away at Proposal A Property Tax Limits

Legislation would break 1994 promise to taxpayers

In 1994, Michigan voters approved the constitutional amendment known as Proposal A to both overhaul school financing and cut-and-cap property taxes. Among many changes, the measure restricted school districts from asking voters to increase property taxes for ongoing school operating expenses.

But over the years, lawmakers from both parties have proposed bills chipping away at the initiative's property tax limitation promises, which they may do with a 3/4 supermajority vote in the House and Senate. Frequently the attempts have revolved around another state law that allows schools to levy up to 5 mills in property taxes for “sinking funds.” Traditionally, these were special accounts used to pay off the debt incurred acquiring long-lived assets like land and buildings. 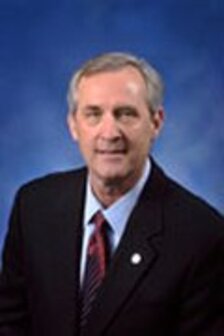 The current statute narrowly restricts allowable sinking fund uses to preclude spending on regular operating expenses of the type covered by Proposal A’s restrictions on new millage requests. According to a 2009 House Fiscal Agency analysis, nearly half the state's conventional school districts have sinking funds (which is up from less than 20 percent in 2001).

In the past decade, more than a dozen bills have been introduced to expand the allowable uses of these local sinking fund taxes to include operational spending items restricted by the Proposal A promise. Some of these bills proposed very broad expansions and some were less broad. Among the latter was a 2009 measure to let schools use sinking fund dollars to buy buses, computers and software, which in private sector business accounting are generally considered operational expense items rather than long-term capital assets.

In 2013, two bills expanding the use of sinking fund millages have been introduced, both by Republicans. The first, Senate Bill 99, was introduced by Sen. Howard Walker, R-Traverse City, on Jan. 29, just six weeks after the horrific school shooting incident in Newtown, Conn. It would add school security to the allowable sinking fund uses. This presumably would include ongoing expenses of the type covered by Proposal A millage limitations.

Three weeks later House Bill 4281 was offered by Rep. Michael McCready, R-Bloomfield Hills, which would also permit sinking fund revenue for school security, but then adds the "acquisition or upgrading of technology."

As mentioned, sinking fund expansions for technology and other things have been attempted many times by legislators, but have never before been attached to what has become the emotionally-freighted issue of school security.

"As a freshman, it's very possible Rep. McCready is not aware of the long legislative history of sinking fund expansion attempts, and how they all chip away at the Proposal A promise," said Mackinac Center Fiscal Policy Director Michael LaFaive.

LaFaive said he thinks that members of the public school establishment are well aware of the history of these bills — and that they will use almost any excuse to get around the Proposal A tax limitation promise.

"In the current environment, slipping-in 'technology' under cover of the highly emotional issue of school 'security' is questionable at the very least," he said.

Not surprisingly, Rep. McCready highlights the security provision of his bill, but also argues it will save taxpayer money by giving local citizens an option that doesn't put them in debt for technology. "A millage for school security or technology will be subject to a vote of the residents — the same as it has always been," he said. "Bond proposals create future debt. A sinking fund millage raises X amount each year without borrowing and paying interest."

However, this sidesteps the real issue of adding technology to the allowable uses of sinking funds that have already been approved by voters for more limited purposes — in effect a bait-and-switch. It also raises the issue of whether technology (mostly computers and software) are long-lived capital assets that justify incurring long-term taxpayer debt.

On that point, Charles Owens, Michigan state director of the National Association of Independent Business, said in an email, "Creating long-term liabilities on the balance sheet for assets with a short shelf life, like technology, which rapidly becomes obsolete, is not an acceptable practice in the real world of accounting and financial management."

Rep. McCready is correct that his bill would not authorize new debt for technology — something that schools are already allowed to do with specific disclosures and voter approval (a practice Owens calls "sloppy management and careless planning at best, and at worst it is borderline fraud to the taxpayers").

But under the proper accounting procedures Owens describes, in almost half the state's school districts (the ones with sinking funds) the bill would quietly subvert Proposal A's promise to limit new school operating expense millages.

Going forward, the legislative promise-breaking would expand every time an additional district asks voters to approve a sinking fund millage that under this legislation would include an item properly considered a recurring expense rather than a long-term capital asset.

Bypassing Proposal A through the "Sinking Fund" gambit