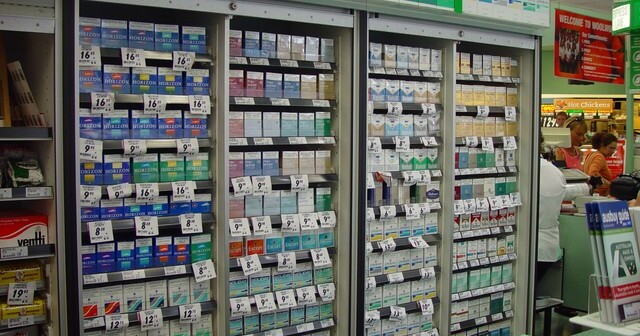 Supporters of punitively high tobacco tax rates should be careful what they wish for.

According to the Mackinac Center’s latest estimate of cigarette smuggling rates, Michigan is No. 10 nationally in the proportion of cigarettes being smoked here that are illegally smuggled in. This is the third such estimate the Center has produced, and the details are disconcerting. The smuggling rate here increased 12 percent since 2009, with contraband smokes now representing 29.3 percent of all consumption.

The increasing rate of both casual and commercial cigarette smuggling over the past two decades is staggering. Casual smuggling occurs when individuals shop in lower tax jurisdictions for personal consumption. For example, a Kalamazoo smoker can easily make a run for the Indiana border to stock up on much lower-priced smokes. In 2011, such activity represented slightly more than 15 percent of the cigarettes smoked here. Commercial smuggling involves large-scale, long-distance shipments from states like North Carolina or Virginia; it supplied more than 16.2 percent of the cigarettes smoked here in 2011.

At the same time, Michigan also is an out-bound smuggling source. We estimate a quantity equivalent to 3.6 percent of state consumption was smuggled out to Canada, among other things lowering this state’s net-smuggling rate.

Cigarette smuggling is responsible for much more than just state government revenue losses. It is associated with violence, theft, counterfeited and adulterated products and government corruption to name a few.

One example of these unintended consequences involves a police officer in Maryland who actually used his official patrol car, uniform and pistol to escort illicit cigarette shipments to their destination. When smuggling profits are sky high, everyone seems to want a piece of the action and even the “watchers” need to be watched.

New York should not be a surprise. It has the highest tobacco excise tax in the nation at $4.35 per pack and New York City imposes another $1.50 on top of that. Cigarettes are undoubtedly being run in from Virginia, among other states. Virginia has the second-lowest tax rate in the nation at .30 cents per pack.

New Hampshire’s proximity to higher-tax states also makes it a significant smuggling source, with outbound smokes equivalent to 27 percent of the state market.

The conclusion from rapidly rising smuggling rates is that politicians’ addiction to higher cigarette tax revenue has created an illegal trade that is hyper-profitable for the wrong people and is generating significant negative consequences for our society.