Another Look at Hydraulic Fracturing 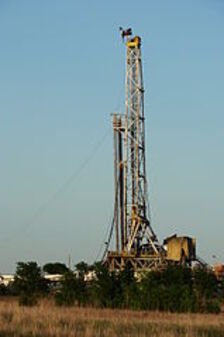 In a speech recently, Gov. Rick Snyder reiterated his support of natural gas extraction via hydraulic fracturing (“fracking”). This is a good sign for taxpayers, job seekers and environmentalists.

Despite the alarmism, fracking is safe — and much safer than the alternatives. Most of the fear about gas extraction comes from a disingenuous scene from a film in which people light the methane coming through their water pipes on fire because of alleged improper well construction, which has nothing to do with fracking.

The Michigan Department of Environmental Quality says gas drilling by hydraulic fracturing has been going on for 50 years in about 12,000 wells across the state with no environmental damage or jeopardization of public health. The state already has strong regulations and there has never been a serious incident.

Also, fracking is why the United States has reduced its carbon footprint faster than any industrialized country in the world over the past six years — with CO2 emissions at a 20-year low.

As natural gas extraction has led to a boom in jobs around the nation, there has been increasing pressure on Michigan to follow suit. And with some of the highest reserves in the country, we should be.

But there has also been increasing opposition. A decade ago, environmentalists saw natural gas as the wave of the future — and a way for America to wean itself off of oil and coal.

Now that it’s working, the fear is that it will prevent wholesale adoption of “renewable energy” (excluding nuclear, of course). But there is no free lunch in energy policy, and since natural gas is both a job creator and better for the environment, it is a win-win.