Some properties blocked from competitive tax auction will go to nonprofits 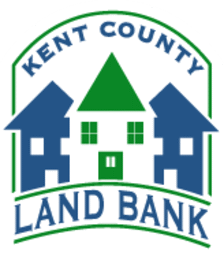 On Monday, a circuit court judge ruled against a group of developers and real estate agents suing the Kent County Land Bank for blocking tax foreclosed property from auction.

This summer, the land bank coordinated with Kent County government to block more than 40 properties from going to tax auction, where anyone could have bid on them.

State law actually prohibits land banks from acquiring property before tax auction. The land bank-county coordination was done to circumvent that prohibition, and that coordination is what is being challenged in court.

The judge did not dismiss the case. Rather, he ruled that the land bank could sell the properties blocked from tax auction to its preferred buyers. MLive reports that several of the blocked properties will go to a nonprofit developer.

This means that if the for-profit developers and real estate agents win their case, they won't be able to acquire properties they were prohibited from bidding on.

There is nothing special about nonprofit developers that makes them more likely to be successful at getting vacant property back to productive use. St. Louis, Mo., provides a darkly comical stream of development failures stemming from land bank and nonprofit coordination.

The land bank law passed by Michigan legislators in 2003 has many problems. But the law at least attempted to prohibit land banks from blocking properties from tax auction. The Kent County Land Bank is able to work around that prohibition, and it is likely that other Michigan land banks have, or will.

If the very people harmed by land bank coordination aren't able to sue to stop it, the Legislature should revisit the law.