Schools Create Their Own FOIA Interpretation 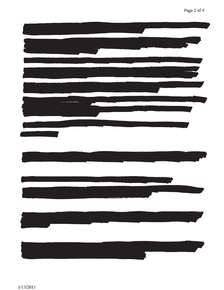 If the principal at your child’s school was rated “ineffective” by the district, would you have the right to know? According to one school district and a state department, the answer is “no.”

Danny Shaw, a reporter for Heritage Newspapers, made a simple FOIA request for the one principal rated “ineffective” by Willow Run Community Schools. The state denied the request because the information was “of a personal nature” and disclosing it would constitute an “unwarranted invasion of an individual’s privacy.”

Shaw appealed the request but John Nixon, director of the Michigan Department of Technology, Management and Budget, under which the Center for Educational Performance and Information falls, agreed saying that releasing the evaluations would “compromise the integrity” of the “open communication” between school officials.

Public entities prefer secrecy. That’s why school districts try to circumvent transparency laws and public unions consistently try to block releasing information to the public. It is why Michigan State University blacked out whole pages of innocuous information when responding to a request —including an email that was a copy and paste of a story written by the news source that sent the FOIA.

But government transparency and using FOIA requests has allowed Michigan Capitol Confidential to break dozens of stories; including some that have lead to court action. State officials trying to limit the release of even basic information is bad for media, parents and taxpayers.

When Michigan’s Freedom of Information Act was passed in the wake of the Watergate scandal, the Legislature at that time stated the purpose of the law:

It is the public policy of this state that all persons . . . are entitled to full and complete information regarding the affairs of government and the official acts of those who represent them as public officials and public employees, consistent with this act. The people shall be informed so that they may fully participate in the democratic process.

Unfortunately, finding ways to avoid transparency has become second-nature to many public employees, and the results could get worse if Proposal 2 passes.