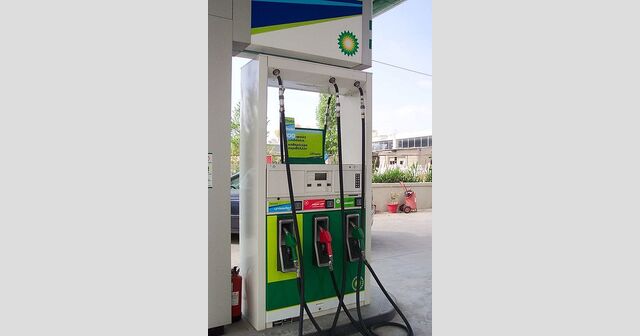 As of Jan. 1, motorists here pay 57.8 cents per gallon worth of state and federal taxes, according to the American Petroleum Institute. This includes the 6 percent Michigan sales tax imposed on fuel sales, from which not a dime goes to roads (a small amount goes to subsidize public transportation). Michigan is one of only eight states that impose sales tax on fuel.*

The new tax would replace the current 19-cent Michigan motor fuel tax on gasoline with a wholesale tax, initially levied at an effective rate of 28.3 cents per gallon – an immediate 9.3-cent increase. Assuming no other changes, this would put government’s total take per gallon here at 67.1 cents, making Michigan the second highest after New York (67.4 cents) with Connecticut and California tied for third (67.0 cents).

But because the new levy would be based on a percentage of the wholesale price, any sustained increase in oil prices would gradually translate into additional gas tax hikes. This would be a double whammy for Michigan motorists, because the 6 percent sales tax already has this effect. For example, if wholesale prices rose by $1 per gallon and stayed there for several years, Michigan drivers would eventually find themselves paying more than 80 cents per gallon in state and federal taxes — by far the highest in the nation (assuming other states stayed the same).

Under the governor’s proposal (see House Bill 5298, sponsored by Rep. Rick Olson, R-Saline, and Senate Bill 918, sponsored by Sen. Roger Kahn, R-Saginaw), the rate of the proposed new tax would be 10.1 percent of the statewide “average wholesale price” over the preceding 12 months. This rate, however, would be subject to various adjustments. The highest the tax could go would be the equivalent of 40.0 cents per gallon, and it could only rise (or fall) by 1 penny per gallon per year  (after the initial 9.3-cent increase).

To put this in perspective, as of today the wholesale gasoline  “rack price” in Detroit (the price paid when it’s loaded into a tanker truck at the terminal) is around $2.70 per gallon. Retail prices in the region currently average around $3.30.

Gas tax hikes are only one component of Gov. Snyder’s transportation infrastructure proposal. Another piece (House Bill 5300 sponsored by Rep. Jud Gilbert, R-Algonac, and Senate Bill 919 also sponsored by Sen. Kahn) would increase the vehicle registration tax by 67 percent. This license plate tax is levied on the “list price” of a car when new. (As an example, the annual registration tax on a $20,000 car would go from $103 to $172.) Other bills in the package would give counties and a proposed Detroit regional transit authority the power to impose even higher registration taxes, subject to a vote of the people.

No one disagrees that Michigan roads would benefit from an infusion of new resources. Also, gas taxes are the closest thing in government to a pure user fee, which is good because those who pay the tax are (mostly) the ones who benefit from it. The real problem, however, isn’t that the state doesn’t take in enough money, but that it doesn’t properly prioritize the money it does take, and “skims” too much for other purposes.

For example, in addition to the sales tax component mentioned above (which at a pump price of $3 per gallon takes around $700 million annually from motorists, none of which goes for roads), some of the remaining money is diverted to subsidize city buses, and some is wasted by mandating above-market wages on road projects through the state's “prevailing wage” law. Another 7/8 of a cent per gallon tax originally intended for leaking underground fuel tank cleanups was diverted in a 2004 “fund raid” to other government spending, and continues to be used that way.

Before reaching deeper into the pockets of motorists, Michigan needs to correct these abuses.

*The other seven states that impose sales tax on fuel are California, Florida, Georgia, Hawaii, Indiana, Illinois and New York.