With a hat tip to the Goldwater Institute in Arizona 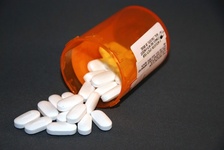 In addition to the lawsuit against Obamacare filed by Michigan and 25 other states, a separate case has been filed by The Goldwater Institute Center for Constitutional Law. Diane Cohen, a senior attorney at the Goldwater Institute, recently told legislators at an American Legislative Exchange Council meeting, "Saying 'no' to a state exchange is absolutely critical to the success of our lawsuit and those pending elsewhere around the country."

The Goldwater Institute has just published “Ten Reasons Why Arizona Must Reject Exchanges.” These apply just as much to Michigan and to the proposed state exchange that Michigan politicians are calling a “MIHealth Marketplace.” The Institute's arguments strengthen the case for postponing action at least until the U.S. Supreme Court rules on the law next June, and if necessary, until presidential election voters pronounce their verdict next November.

Here are the 10 reasons the Goldwater Institute cites in a "policy memo" (the citations are omitted):

"1. The federal government controls exchanges. 'An Exchange may not establish rules that conflict with or prevent the application of regulations promulgated by the Secretary [of Health and Human Services (HHS)].' Further, the Secretary and the General Accounting Office will have continuing oversight over exchanges.

"2. The federal government controls the doctors and other providers that are allowed to participate in an exchange-offered plan. The Act mandates that only providers who 'implement[] such mechanisms to improve health care quality as the Secretary may by regulation require' may participate in a 'qualified plan' offered on the exchange.

"3. The federal government controls health insurance plans and benefits. The Act prescribes the minimum essential benefits that must be included in a plan and gives authority to the HHS Secretary to prescribe more. HHS is also required to establish the criteria for the certification of health plans as 'qualified.' As a result, only HHS-approved plans may be sold in the exchange.

"5. [States] will surrender [their] 10th amendment sovereignty by establishing an exchange. The HHS proposed regulations themselves acknowledge that a state’s submission to an exchange has an adverse impact on federalism principles. In compliance with Presidential Executive Order 13132, which requires agencies to assess whether their rules will affect federalism, HHS reported that the proposed exchange regulations have 'Federalism implications due to the direct effects on the distribution of power and responsibilities among the State and Federal governments.' However, HHS determined that the federalism implications are 'substantially mitigated' because PPACA 'does not require States to certify an Exchange.' Therefore, when a state chooses to establish an exchange, it voluntarily surrenders its sovereignty.

"7. The state must turn over names of individuals who do not comply with the individual mandate. Obamacare requires the exchange to give to the U.S. Treasury the names and taxpayer identification numbers of individuals who have changed employers and ceased coverage under a qualified health plan during a plan year. The same would be true for an individual unsuccessfully seeking an exemption from the mandate via the exchange or otherwise subjecting himself to the exchange, but then choosing not to purchase insurance.

"8. The state must report citizen information to the federal government. Exchanges must record and report to HHS on a monthly basis all individuals who terminate their enrollment in insurance obtained through the exchange.

"9. So-called state 'flexibility' is belied by the law. Despite a provision in the Act titled 'State Flexibility in Operation and Enforcement of Exchanges and Related Requirements,' the law in fact confers no flexibility to the states, only more authority to the HHS Secretary over the state exchanges. For example, the Act provides that states can establish exchanges, but only as 'prescribe[d]' by the HHS Secretary. The Act also allows states to adopt exchange laws and regulations, but only those that 'the Secretary determines implements the standards within the State.' ...

"10. States are only as flexible as federal law permits them to be. Yes, states can choose whether the exchange will be run by a state agency or a non-profit established by the state, but both are subject to federal approval, regulation, and perpetual oversight. ... States also have so-called 'flexibility' to decide whether to open exchanges to all insurers, or to limit the number and participation to only those plans that meet unspecified 'exchange criteria.' But all this 'flexibility' essentially allows is the creation of a state and federally-controlled market where the state determines which insurers participate and which plans and coverage are available. ..."