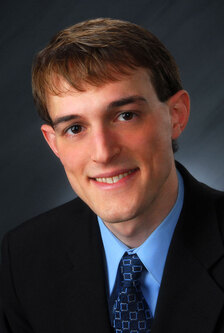 Last year, the Obama administration asked states to adopt a set of “Common Core” national standards in K-12 language arts and mathematics. The adoption of these standards is “voluntary” in the same way the federal drinking age law is voluntary — if states were to ignore the drinking age law, they would lose some federal funding for their highway systems; if they choose not to adopt the Common Core standards, they risk missing out on future federal spending on schools. Unsurprisingly, as of mid-April, all but eight states had fully adopted the standards.

The Common Core standards represent a potentially enormous change in who controls what millions of public school students are taught and what they are expected to know by each grade, but the standards have so far attracted little attention outside the education policy community. By postponing questions of implementation and testing, and by initially steering clear of science and history (the subjects most likely to attract controversy), policymakers were able to gain widespread acceptance of the standards with minimal public debate.

But before state officials deepen their commitment to the new standards and succumb to yet another round of talk about holding schools “accountable” and making them “internationally competitive,” we ought to pause a moment to reconsider the core assumption of standards-based reforms: that government ought to impose a uniform curriculum on students in every age cohort.

Strict standards risk forcing students and teachers alike into a curricular straitjacket, alienating creative teachers and sapping the motivation of students. It is worth remembering that standards are nothing more than the products of committees of education “experts” quibbling around a conference table about which curriculum objectives to attach to each grade level. The term “grade level” is virtually synonymous with age, and any list of skills and knowledge all students must possess by a specific age is bound to be somewhat arbitrary.

It isn’t just “at-risk” students who have trouble moving through an arbitrary curriculum at an arbitrary rate; all students learn at their own paces, and individual students usually progress at different rates in different subjects. Most students do not fit the artificial mold of slow progress from “grade level” to “grade level,” accumulating skills and content knowledge at the same rate as the average child born in the same year.

Rigid, uniform and centrally designed curriculum standards make the curriculum less agile and flexible, less able to respond to the needs of students. The stricter the standards regime, the less schools are able to meet individual students where they are — a necessary first step to helping students grow academically.

The centralization of decisions about curriculum also risks making the teaching profession less attractive. It was once believed that the primary qualifications to teach are “knowing a subject and wanting to teach it,” as the historian Jacques Barzun put it. But somewhere along the line, it was decided that the curriculum should be wholly designed by policymakers and academics rather than by educators.

The removal of curriculum decisions from teachers parallels a broader transformation in the teaching profession. Teachers are no longer expected to be experts in or have any love for the subjects they teach: it is enough if they can speak the language of educational jargon. Today, the ideal language arts teacher might not read widely or be an expert in the nuances of grammar, but he or she can “differentiate instruction” to meet the needs of “diverse learners,” promote “higher-order thinking skills,” and create a “21st-century classroom.”

Mandatory national and state curriculum standards shortcut problem-solving processes by imposing uniformity in an area where no real agreement has been reached and no real solutions have been found. Innovation in curriculum is crowded out; all public schools must follow the “one best way” that has been set down in some conference room in Lansing or Washington, D.C., far from the realities of schools and the preferences of parents.

Under national standards, the K-12 curriculum will become thoroughly politicized, and curriculum decisions will be made in a one-size-fits-all fashion by those with political influence and access.

There is little reason to believe that the Common Core standards will improve student performance. However appealing talk of “raising the bar” and “setting high standards” may be, recent state and national education reforms that have piled on additional expectations for each year of schooling have not resulted in improved student outcomes.

Standardized state curricula are often, of necessity, just one step removed from the lowest common denominator of expectations for what students can learn at a given age. Even if the standards are complex and detailed, the bar for passing state tests based on the standards is often set extremely low. Many politicians have discovered that if they set curriculum standards too high, then they set their schools — and, by extension, themselves as policymakers — up for failure.

Politicians and superintendents have every incentive to ensure that the standards produce visible “results” so that they can claim to have improved the schools. In the recent past, this has resulted in some rather dishonest testing practices. It has decidedly not resulted in actual educational improvements.

By contrast, the most successful education reforms have occurred at the level of individual schools — often in private and charter public schools that are wholly or partially insulated from the latest reform fads and policy mandates.

As long as policymakers continue to standardize and centralize the education system — rather than open it to real change by empowering parents to seek out the best education for their children, and allowing education entrepreneurs to meet parents’ demand for innovative, successful schools — most efforts at large-scale school reform, the Common Core standards included, will be harmful at worst and high-cost, low-benefit at best.

The Common Core standards will inspire many meetings and Powerpoint presentations; testing companies and education consultancies will further enrich themselves at taxpayer expense. But in curriculum as in other aspects of schooling, centralization will stifle innovation and positive change, our public schools will continue to stagnate, and students and taxpayers will be worse off than before.

Ryan McCarl is a writer and high school history teacher.  He blogs about education at www.wideawakeminds.com