While transportation is the least contracted-out service, privatization is growing considerably. Since 2003 transportation service contracting more than doubled (growing 139 percent), though less than 10 percent of districts contract out for this service. 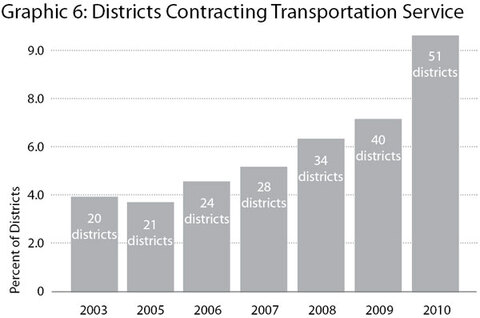 Chassell Township Schools did not provide documents on cost comparison between in-house and contractor costs. However, it reported that its contractor will purchase the district’s aging bus fleet, which was expected to require significant updates. The district will lease the buses for its use. Not all districts choose to sell their fleets to contractors, though, and opt only for transportation management or simply leasing employees.

On June 28 the Harbor Springs Public Schools board of education voted unanimously to approve a third-party contract with METS for its transportation supervisor. The district did not provide savings documentation. 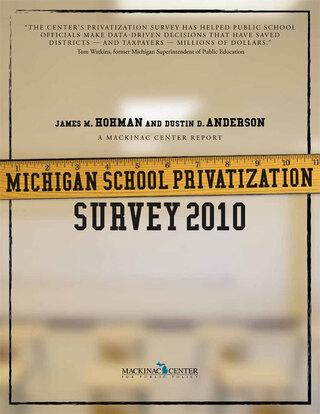