The first figure is how much I was billed for the Michigan State Police to fulfill a Freedom of Information Act request concerning the department's handling of the federal Homeland Security Grant program from its inception through September 2009:

The second figure, $22.45, also from the state police, was how much the department charged me for two copies of a specific record. That's more than $11 per page:

The third figure, $0.00, is how much I was charged for 1,052 documents from the U.S. Department of Housing and Urban Development:

That's right. A federal agency that oversees tens of billions of dollars every year, including hundreds of millions that come to Michigan, didn't charge me a red cent for more than 1,000 pages of monitoring reports of the Detroit field office of HUD for the past five years. $0.00. Zip. Zilch. Nada.

HUD should be applauded in recognizing the Mackinac Center for Public Policy as a "Media Requester" in accordance with its FOIA guidelines, which mimic the federal FOIA law, which states:

Documents shall be furnished without any charge or at a charge reduced below the fees established under clause (ii) if disclosure of the information is in the public interest because it is likely to contribute significantly to public understanding of the operations or activities of the government and is not primarily in the commercial interest of the requester. ...

A search for a public record may be conducted or copies of public records may be furnished without charge or at a reduced charge if the public body determines that a waiver or reduction of the fee is in the public interest because searching for or furnishing copies of the public record can be considered as primarily benefiting the general public.

As it turns out, one little word is the difference between $0.00 and $6.8 million. Patrick Wright, director of the Mackinac Center Legal Foundation, points out that the federal statute says "Documents shall be furnished ..." while Michigan law says public records "... may be furnished. ..."

So, according to state law, Michigan State Police FOIA officers could fulfill my request for free. It's just that they won't. A state police public information officer tells me such fee waivers are possible, but "given the state of the economy, we probably aren't waiving (fees) as much as we'd like to." This reasoning is certainly understandable; however, the economy didn’t stop state police from building a brand new headquarters at a reported cost of $70 million: 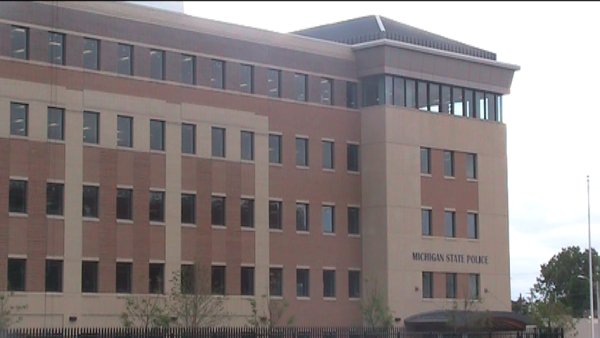 Regardless, the department simply needs to update its FOIA practices. The Mackinac Center learned that the department's $6.8 million dollar fee was based on handwritten notes and "guesstimates" from various officials of how many e-mails they would have to sift through and how long it would take, along with a cost of 36 cents a copy for more than 2 million documents.

A more alarming possibility is that the department does not wish to make public its handling of Homeland Security grant money, the release of which, according to Michigan's own law, "can be considered as primarily benefiting the general public."

The department's information officer insists this is not the case. She says there are no orders from above to withhold information and that the state law's inclusion of the word "may" means the law is a "balancing test" between the public's right to know and privacy interests as well as the cost to the agency to provide information to the public.

Whatever the reason for the state police's guardedness over its information, a three-letter word in state law should not be a shield behind which Michigan government agencies obfuscate their bookkeeping methods.

By recognizing that the public should not have to pay to understand "the operations or activities of the government," the federal government has it right.