THE NATIONAL ASSESSMENT of Educational Progress revealed that scores of eighth-grade mathematics students in the United States have ticked slightly upward in the past two years. NAEP reports that scores rose from an average 281 score in 2007 to an average 283 score in 2009. Despite the rise in score averages, only 34 percent of students nationwide are attaining or exceeding established proficiency levels.

TWO 2009 POLLS indicated that although a majority of Michigan residents would support an increase in recycling household waste, actual recycling levels have decreased in the state since 1998. According to the survey conducted by Marketing Resource Group, 81 percent of residents believe that a more comprehensive statewide program to recycle a wider variety of household wastes would benefit the state. Another poll, conducted by Public Sector Consultants, revealed that the state's per-capita recycling rate decreased 28 percent between 1998 and 2008, reflecting a drop from 0.36 tons to 0.26 tons.

AT 17 MILLION tons in 2005, the United States' consumption of potatoes ranks fourth internationally, behind first-place China, which consumed 47.5 million tons in the same year. It is estimated that each person in the United States consumes more than 119 pounds of potatoes each year, and that 309 million tons were produced worldwide in 2007. Originally exclusive to South America, potato cultivation has spread to every continent except Antarctica over the past 7,000 years, and potatoes have become a major source of sustenance. The Potato Genome Sequencing Consortium, a team of 39 scientists from 14 countries, has completed the first draft of its project, which it began in 2006. The Consortium estimates that the complete genome of 95 percent of potato genes consists of 840 base pairs, nearly one-fourth of the base pairs in the human genome. This data will assist plant biologists in developing drought- and disease-resistant potatoes.

UNIVERSITY OF MICHIGAN researchers set a record in fiscal 2009 with 350 new inventions — breaking the previous record of 329 set in 2007. The university also reported a 20 percent increase in royalties during the same period for technologies developed there. Fiscal 2009 royalties reached $15.1 million. Technology transfer revenue earned equity returns of $3 million, bringing the total revenues to $18.1 million. Additionally, UM announced eight new faculty startups for fiscal 2009, bringing the total to 83 since 2001. Patent applications by UM researchers rose 14 percent over fiscal 2008 to reach 151, while 72 patents were granted and 78 technology contracts were issued to existing and startup businesses. All told, UM researchers surpassed the $1 billion research expenditure mark for the first time. 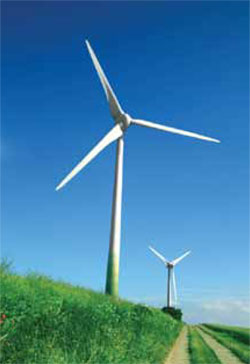 of the 35 states that have set goals to obtain more electricity from such renewable energy sources as solar panels and windmills have fallen short, according to an article by Traci Watson in USA Today. According to the article, New Jersey, California, Arizona, New York, Ohio, Maryland, Massachusetts, New Hampshire and Delaware all fell short of established goals. New Jersey, for example, will miss a deadline to generate 1,000 megawatts of electricity from offshore windmills by 2012. California's goal to generate 20 percent of its energy needs from alternative sources by 2010 won't be met until 2013 or 2014; Arizona will not reach its 2009 goal of 0.3 percent electricity derived from solar power until at least 2011; and New Hampshire only met two-thirds of its 2008 renewable energy commitment. Despite this, the U.S. House of Representatives passed a bill last June increasing mandated energy derived from renewable sources from 9 percent to 15 percent by 2020. 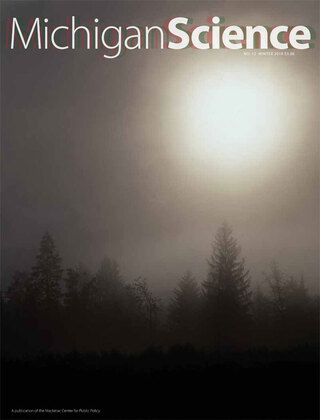