Jackson Learning Lab: The Hope of Success for All Learners 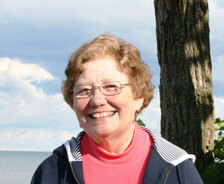 Dr. Roxana Hopkins has a detailed business plan, a development team, letters of support from community groups and even a federal planning grant, but she still cannot open the Jackson Learning Lab. The reason? State law limiting the number of charter schools in Michigan.

(Editor's Note: This is the first in a series of occasional articles about people and organizations that would like to open public charter schools in Michigan but are stymied by the legal cap on university-authorized schools.)

Give up on underachieving students.

That was the harsh advice Dr. Roxana Hopkins heard at a school administrator conference 18 months ago. If a student entering middle school was already behind grade level, teachers should explain to the student's parents that their child likely would not receive a high school diploma, due to Michigan's new, more rigorous high school graduation requirements.

The Jackson Learning Lab was designed to serve students who are not succeeding in the traditional school setting, organizers say. It would offer extended hours and year-round classes, online courses, biweekly reports to parents, support groups, and an individual education plan for every student.

The recommendation appalled Hopkins. Teachers asked to give up on students only halfway through their education?

She resigned soon after as assistant superintendent at Jackson Public Schools in order to pursue the development of Jackson Learning Lab, a charter public school committed to success for all learners.

She has pulled together a detailed business plan, a development team, letters of support from community groups and even a federal planning grant, but Hopkins does not yet have the final piece of the puzzle: authorization to open.

In an area where educational choice is scarce beyond the eighth grade, Jackson Learning Lab would serve students in junior high and high school from Jackson and surrounding areas.

The school would aim to provide effective education to students struggling in the conventional public school setting, Hopkins said. She asserted that many failing students are simply unsuccessful in their given environment.

"They are round pegs and they are being asked to fit in a square hole," she said in an interview with Michigan Education Report.

Jackson Learning Lab would create an individual plan for each student that considers their specific learning style in developing a course of instruction and assessment, according to Hopkins. The curriculum will encompass project-based and cooperative learning, and students would learn problem-solving behavior through group projects.

Colleen McNeal, a member of the development team, describes Jackson Learning Lab as "a different way to take a child, their gifts, and to teach them so that they do find success."

The Lab also would focus on helping students acquire "21st Century Skills" through assignments that are relevant to the real world. JLL would promote career awareness in school-employer partnerships and internships, organizers said.

"It's 90 percent work and 10 percent payoff," said Michael Bufford, creative marketing director for JLL. "But the payoff is someone staying out of jail, staying out of trouble, going on to become a professional."

The Lab would include:

The school could be a choice for gifted students in search of an accelerated program, organizers said, since a flexible schedule will allow students to move as quickly or slowly as necessary.

The education alternative is welcomed by the home-school community and parents of students attending elementary charters who want their children to continue in a charter setting, according to letters Hopkins has gathered from area organizations.

In one letter of support, the Jackson Area Home Educators wrote that Jackson Learning Lab "will enhance the educational achievements of K-12 students in our 120+ member families."

Regardless of public support and efforts by the development team, the school cannot surmount the obstacle of attaining a charter authorizing it to open.

In Michigan, state universities are limited to authorizing a total of 150 charters combined. The state first reached that ceiling in 1999 and has fluctuated near it ever since. In general, a new university-authorized charter school cannot open until a different one closes. The Center for Charter Schools at Central Michigan University finds itself in that exact situation.

"Right now unless we close a school, we can't open a new one," explains Executive Director James Goenner. "(The charter school cap) limits the number of quality school options for parents and students."

Michigan is one of 26 states that enforce a limit on charter public school growth.

Many university authorizers are forced to reject potential charters not because they don't have solid plans, but simply because of the cap. The Charter School Office of Grand Valley State University verified this in its response to JLL's application, saying, "(D)ue to limited number of charter contracts we have available, the Committee was not able to select all viable applications."

Hopkins said, "It's like watching a parade walk off a cliff, and you can't do anything to stop them," about her difficulties due to the cap.

Dr. Timothy Wood, director of the GVSU Charter Schools Office, described charter election as a difficult process in which his office is forced to reject many charter propositions of "very high quality." Wood believes that state universities should not be limited in the number of charter schools they are allowed to authorize.

"We would like to be able to say yes to as many as qualified schools as possible," he told MER.

Earlier this year, President Obama said he recognized the inherent problem in obstructing charter expansion: "Right now, there are caps on how many charter schools are allowed in some states, no matter how well they are preparing our students. That isn't good for our children, our economy, or our country."

Hopkins feels a sense of urgency as she reflects on her continued battle.

"Kids don't stop growing up just because the cap is on. Because there's not a charter available, they don't stop dropping out."

Data from the Michigan Department of Education put the 2008 graduation rate in Jackson Public Schools at about 66 percent. Almost a quarter dropped out. Neighboring high schools had dropout rates ranging from 2 percent to 27 percent, state figures show.

Results from the 2009 Michigan Merit Exam and ACT put district achievement below the state average at every performance level.

"The data is clear," Hopkins said about the need for Jackson Learning Lab. "It's the (students) that aren't succeeding that I want to be able to help succeed."

In a community where, according to U.S. Census Bureau figures, roughly one-fourth of adults over 25 never graduated from high school, Hopkins said she believes Jackson Learning Lab could revitalize the city.

"I can see major economic turnaround for this community when we educate these children that are not being educated," she said.

So what's next for Jackson Learning Lab?

"We're moving ahead as if it's going to happen," replied Hopkins.

Martha Frais, a senior at Grove City College majoring in sociology and Spanish, is an intern with the Education Policy Initiative at the Mackinac Center for Public Policy, a research and educational institute headquartered in Midland, Mich. Permission to reprint in whole or in part is hereby granted, provided that the author and the Center are properly cited.