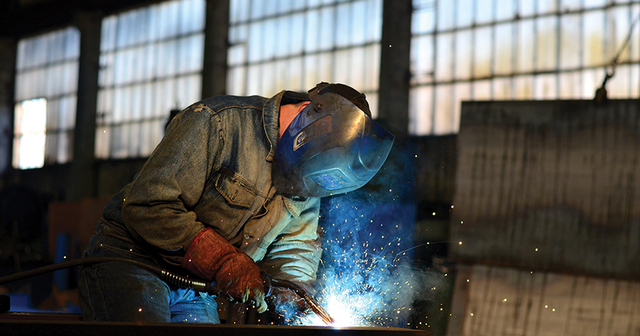 Why Trade Schools Matter to Detroit

Detroit Public Schools has emerged from a fiscal crisis and a heated legislative debate with a new, locally elected school board. But it still faces the challenge of preparing students for the real world.

In its academic performance, the district has been at the very bottom of the nation’s report card for years. Following a contentious debate in 2016, the Legislature set aside $665 million to pay off accumulated district debt and jump-start the district under a new name. Even so, the superintendent recently confessed to The Detroit News that it will take eight to 10 years for the district to show any academic progress.

As the city attempts to rebrand itself, trade schools will offer an important option for all future Detroit graduates — whether they come from district, parochial or charter schools.

But Detroit students and families can’t afford to wait that long. Many have escaped to another district or to a nearby charter school. Unfortunately, the number of high-quality seats is limited. Schools, including those in Detroit, need to redesign themselves. Not only should they prepare college-ready graduates, they also need to prepare career-ready graduates through skilled trade and technical programs.

Too often, students look for careers in industries that do not require a four-year degree, only to find themselves unprepared for these options once they leave school. Labor unions and local chambers of commerce regularly develop vocational education curriculums to fill the gap for those students.

Between 2012 and 2014, about 1,200 Detroit Public Schools students signed up for trade schools, taking a class or two as an elective. Sadly, though, trade schools now find themselves empty due to a decline in enrollment and lack of exposure.

According to the Bureau of Labor Statistics, Detroit’s unemployment rate borders on 17 to 18 percent, not including people who have stopped looking for work. Further, Detroit has seen shortages over the last two decades in the areas of plumbing, welding, pipe fitting and carpentry.

In particular, Detroit has the nation’s highest youth unemployment rate, meaning that the city’s young adults have less work experience when compared to those in other major cities. The Motor City faces a major problem if skilled jobs can’t be filled by Detroiters who attend schools, pay taxes and actually reside in the city.

As the city attempts to rebrand itself, trade schools will offer an important option for all future Detroit graduates — whether they come from district, parochial or charter schools. Students need to be directed either to a college-ready curriculum or something that fills vocational openings.

Organized labor, unable to take members for granted following the enactment of Michigan’s new right-to-work law, now has the opportunity to use vocational certification programs for preserving the next generation of members. Furthermore, an investment by laborers, welders, contractors, beauticians and other trades would complement Detroit’s workforce initiative, benefiting public education and restoring Detroit’s middle class. Students and low-income parents who might not have the money for the rising cost of college tuition have real options through trade schools.

But therein lies a problem. Detroit Public Schools and its leaders have struggled through years of corruption and declining enrollment. Oftentimes, the district’s schools have focused on equipping students for a four-year college track at the expense of real world experience: much-needed jobs in the skilled trades.

Some initiatives have stepped in to make an impact. A partnership with the program Jobs with Michigan’s Graduates has moved the needle on equipping low-income students with employable skills, including those in the skilled trades. Lansing could play a supporting role as well. Incoming House Speaker Tom Leonard has identified the skilled trades as a key area for bipartisan legislative action.

The reality is that some graduates may not seek a traditional four-year college track. Access to effective Detroit trade schools, then, matters if we want to give future Motor City workers a shot at success.