Why Good Tax Reform is Difficult 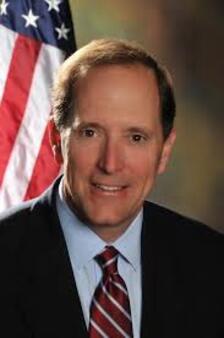 The best tax systems include low rates, a wide base and limited exemptions that minimize the distortions caused by policy, while easing the burdens of paying the tax.

But many of the provisions that make the tax code so complicated are advocated for, and relied upon, by a variety of special interest groups, meaning changing the system is extremely difficult.

But that's what Congressman Dave Camp, R-Midland, is trying to do. The chair of the House Ways and Means Committee has introduced a plan that would overhaul the tax system.

The plan appears to generally lower rates and expand the base of filers while eliminating or limiting many credits, like deductions for education and housing loans, breaks for state and local taxes, subsidies for ethanol, and write-offs related to oil and gas fuels. The number of individual tax rates is dropped to just three: 10 percent, 25 percent and 35 percent (for a very small number of people). The plan deserves more scrutiny and a fuller description can be found here.

But eliminating exemptions means interest groups that receive those special deals are working hard to retain them. An article from the Associated Press features a series of quotes from those who want to keep their tax breaks:

American Fuel & Petrochemical Manufacturers President Charles T. Drevna also thought the proposal needed revising. "Although Chairman Camp's intent was to make the tax code tax simpler and fairer and to level the playing field, he unfortunately missed the mark. To date, the tax reform debate has been fixated on a one-size-fits-all approach of lowering the corporate rate to a certain percentage across the board, while eliminating various existing deductions. We urge Congress to take a comprehensive look at how different tax structures impact different sectors of the economy and use such analysis to develop a comprehensive tax reform."

Ray Gaesser, Iowa farmer and American Soybean Association president, issued the following statement: "The farmers of the American Soybean Association commend Chairman Camp for his willingness to tackle the difficult task of tax reform. ... We are significantly concerned, however, in the proposal's elimination of the biodiesel tax credit. … ASA believes the biodiesel tax credit is worthy of extension given the many benefits it provides, including support for jobs, economic development in rural communities, diversity in our energy sources, and reduction in greenhouse gas emissions, among others."

Sen. Chuck Schumer, D-NY, said, "Any proposal that eliminates the deduction for state and local taxes, as the Republican plan would do, is dead on arrival."

The National Association of Realtors issued a statement saying it "supports reforms promoting economic growth, but we strongly oppose altering the rules that govern ownership and investment." That particular embrace of the general and rejection of the specific was a reaction to Camp calling for a reduction in the home mortgage tax deduction, part of his overall plan to reduce or eliminate some breaks in exchange for lowering rates for all.

Clarence Anthony, executive director of the National League of Cities, said Congressman Camp's work was well-intentioned, but added: "It will reduce cities' ability to promote construction jobs and build the foundations for future growth. Municipal and private activity bonds are used to build schools, roads, bridges, hospitals, and develop blighted areas of the community."

Part of the economic theory of public choice explains how interest groups have an oversized influence on the political process. In sum, as I have noted in the past, "When a small segment stands to benefit greatly from some policy, it will fight much harder for it than the larger segment that is harmed will lobby against it since the harm is either hidden or so small that it is not rational for the individuals making up the larger segment to spend a lot of time fighting the policy."

A few years ago, the state of Michigan passed a significant change to its tax system. As in Washington, D.C., the incentive was to chip away at the simplicity by adding more special deductions rather than lowering rates further, which is what the fight is about right now.

Principled citizens who want the best overall government should work to hold the line or further simplify the tax system.