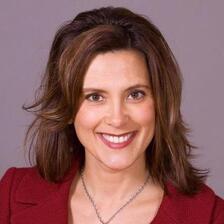 Last week, the campaign of Michigan Democratic gubernatorial candidate Gretchen Whitmer released an official policy document outlining her plans for the state's public schools. A close look at the document's misleading premises and the candidate's past voting record raises serious questions and concerns.

The agenda's release occurs in the heart of primary election season, and Whitmer's party seems bent on making an attack on parents' educational options a key part of the 2018 platform. Whitmer’s plan, specifically, calls for “stopping the expansion” of charter schools that have contracted with for-profit management companies.

One of her rivals, Shri Thanedar, has gone a step further. He publicly advocated outlawing so-called for-profit charter schools chosen by tens of thousands of students. (Despite the rhetoric, charter schools, like conventional public school districts, are not themselves directed by profit-seeking businesses; they may contract with them for various goods and services. The only service districts cannot contract out is instruction.)

Thanedar's blanket approach would harm educational opportunity, as these schools disproportionately rank among the state's top performers. A recent peer-reviewed study found that 48 Michigan schools managed by National Heritage Academies significantly increase student learning, particularly in math. Candidates for public office should care more about educational results from tax dollars than whether someone makes a profit along the way.

Whitmer's education plan takes a more subtle, but still misguided, approach, blending false impressions about charters with recommendations that otherwise appear to be serious. Her campaign's website declares: “We cannot continue to let Michigan’s charter schools fail our kids. It’s time we put much-needed oversight in place to hold charter schools accountable.” Never mind that the average Michigan charter provides students with extra months of learning each year and gets a much better bang for the buck.

Whitmer's other proposed solutions to an imagined disparity between district and charter schools all miss the boat:

Take these facts into consideration, and it makes one wonder about the ultimate intention: To what extent would a Whitmer administration impose extra regulations specifically on charters in the misguided name of fairness?

For all Whitmer's charter-bashing, though, one wonders if maybe she is a fan after all. Her call to change the school finance formula to give at-risk kids more dollars from the education finance formula would most benefit charters, which are more likely to serve students from low-income families. That would be a reversal of her legislative record of seeking to shortchange charters.

Most families who benefit from charter schools live in communities that traditionally support Democratic candidates. Given the confusion in Gretchen Whitmer's charter school policy statements, they have every reason to ask just how much she agrees with her primary election opponents about taking away their options for a better education.