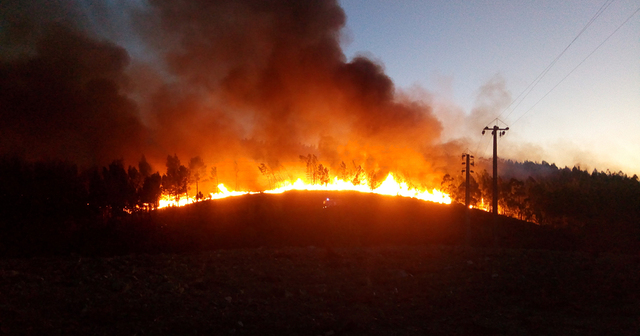 In California and a few other states, some prisoners are trained as firefighters and deployed to help handle emergency situations, such as the recent wildfires in the Golden State. These prisoners learn how to operate the firetrucks and equipment and receive training in EMT services. Firefighting is a dangerous job, and sometimes the prisoners are killed in the line of duty, as was the case of 22-year-old Shawna Lynn Jones.

The Economist reports that Jones, like many of the firefighting prisoners, wanted to learn a skill, improve her life and find a job in public safety when she got out of prison. But California, like most states, restricts people who have a criminal record from getting a firefighter’s license. In other words, California is training people for jobs while they are in prison, using taxpayer dollars, and then preventing them from doing those jobs once they are released.

The state of Michigan doesn’t license firefighters (nor should it), but, similar to California, it does train prisoners for all sorts of jobs they cannot legally perform upon their release. That’s because licensing requirements stand in their way. More than 70 percent of the hundreds of occupations the state licenses have “good moral character” provisions which are used to deny licenses to ex-offenders. Many other rules automatically deny licenses to anyone with a felony record. The affected jobs include police officers, prison workers, teachers, nurses, dentists, and many health care workers.

This is a huge problem. Some workers certainly should be denied a license — such as those whose crime is directly related to the occupation they want to be licensed for. But broad restrictions like those in Michigan’s law do little to protect the public and, in fact, likely lead to higher crime rates and more prisoners.

As an article in The Economist noted, citing my work:

Such requirements are correlated with a higher rate of reoffending, says Jarrett Skorup at the Mackinac Centre for Public Policy in Michigan. Around 4m Michiganders have a criminal record, which makes it difficult or impossible for them to find work in the 150 professions that ban convicted felons. A recent study by Stephen Slivinski of Arizona State University found that between 1997 and 2007, states with the heaviest burdens of occupational licensing saw an average increase in reoffending within three years of release of over 9%. The states with the lightest burdens saw a decrease of 2.5% over the same period.

Michigan has done some good work reforming its licensing laws, but legislators need to tackle them head-on in a more comprehensive way. To learn more about this issue, visit https://www.mackinac.org/licensing.