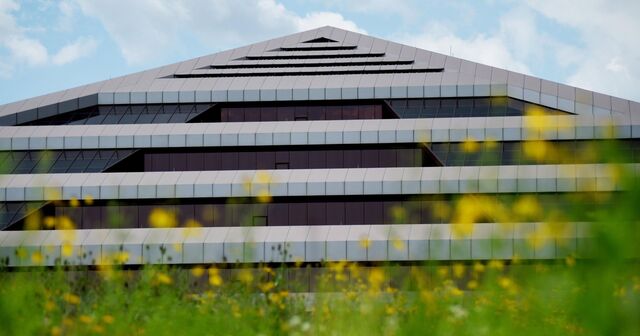 When Corporate Handouts Were Unconstitutional in Michigan

MIDLAND – Taxpayer-financed economic development programs are used regularly by state government and municipal governments in Michigan. But this wasn’t always the case, and for nearly three-quarters of a century, the practice was strictly prohibited by the state constitution and Michigan Supreme Court case law. A study just published by the Mackinac Center for Public Policy chronicles this history and recommends a re-examination of the constitutionality of these programs.

“From Prohibited to Permitted: A Legal History of Corporate Handouts in Michigan” examines Michigan’s history regarding economic development programs. Michiganders ratified a constitution in 1850 that explicitly prohibited using tax dollars for so-called internal improvements. Then in an 1870 case challenging this prohibition, People v. Salem, the Michigan Supreme Court, led by Justice Thomas Cooley, clarified that it was unconstitutional to use public funds for any purpose in which private parties are the principal beneficiaries, i.e. corporate handouts.“Justice Cooley reasoned that taxpayers’ money could only be used for purposes that were fundamentally public in nature,” said Patrick Wright, author of the study and vice president for legal affairs for Mackinac Center Legal Foundation. “He articulated that ‘the state can have no favorites,’ meaning the state could not benefit one group of people at the expense of others.”

Many challenges were made to the precedent Justice Cooley established in the Salem case. The city of Detroit tried to subsidize streetcars and then later the Detroit Museum of Art, but the Michigan Supreme Court denied it in both cases. The Legislature tried to subsidize both sugar manufacturers and the corn industry, but the court ruled these programs unconstitutional too. All told, the Michigan Supreme Court upheld the Salem precedent for more than 70 years. And voters affirmed this prohibition by repeatedly rejecting attempts to amend the constitution and ratifying a new one in 1908 that maintained the prohibition against corporate handouts.

This changed in 1941 when the Michigan Supreme Court suddenly overturned the Cooley precedent and deemed legal a scheme to subsidize the apple industry.

“The 1941 decision that allowed corporate handouts was unpersuasive, to say the least,” Wright said. “The court simply declared that subsidizing apples would have a widespread positive effect on Michiganders and never addressed the fundamental principles against corporate handouts that the court and Michigan voters had endorsed repeatedly for more than 70 years before this ruling,” he added.

Despite the 1941 ruling, Wright shows in the study that the drafters of the state’s current constitution, ratified in 1963, intended to preserve this constitutional prohibition against corporate handouts. One delegate summarized their work: “[Taxpayer-financed economic development] was carefully considered by the committee. It was ruled out. We don’t think it is sound policy. We know that we have competitors that use it, but we don’t think that we should add to that situation by permitting Michigan to get into the same category.”

“Despite the proliferation of publicly funded economic development programs over the last several decades, the courts should take another look at the constitutionality of this activity,” Wright said. “For most of this state’s history, spending for these purposes was unconstitutional, and there does not appear to be a strong legal case for why it should be considered legal now.”