Government shouldn't be in business of providing internet 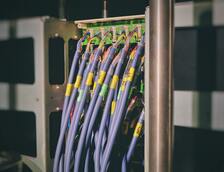 Lyndon Township is a rural community of fewer than 3,000 people in Washtenaw County. Its municipal budget is around $500,000. Residents went to the polls last year and approved borrowing $7 million to build a new high-speed internet connection.

Perhaps unsurprisingly, the completion date of the project has been delayed.

This is the latest of many projects across Michigan where cities use taxpayer dollars to get in the game of providing internet services for residents (there’s also a substantial group working on a similar proposal just outside Ann Arbor). Unfortunately, even with federal stimulus dollars backing them, the vast majority of public broadband projects have failed – resulting in huge losses to taxpayers and minimal benefits for the public.

While internet usage has been getting more widespread, faster and cheaper, many rural communities are frustrated by a lack of access. The Mercatus Center has three recommendations for broadband deployment: 1) Rely on private industry, which is expanding access at no cost or risk to taxpayers. 2) Make broadband deployment cheaper and faster by streamlining state and local rules; Michigan has considered some bills to do so. 3) Create vouchers for rural and senior citizens. This encourages private investment more efficiently than the government owning and operating a network.

All three of these options would be preferable to local governments trying their hand at competing with the likes of Comcast, Charter, Google Fiber and others.