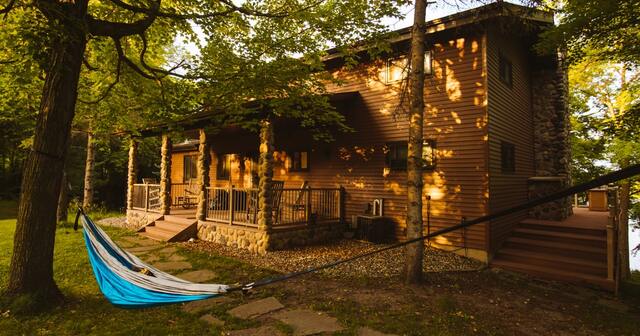 Two Michigan House and Senate committees have endorsed legislation that would prevent local governments from banning short-term rentals, and it awaits approval by the full chambers of the Legislature. Though local governments could not ban the rentals under the proposed law, they could still regulate them under noise and other ordinances, similar to how they regulate long-term rentals and single-family homes.

Local governments and their lobbyists are opposed to the legislation, as they are to anything that limits their powers, even when it means more freedom for individuals. Cities want the ability to over-regulate how people use their own property. In the past, this has meant using zoning to keep out long-term renters, and today it means using zoning to keep out short-term renters, even when they are not a problem.

In opposition to House Bill 4722 and Senate Bill 446, a dozen groups, mostly made up of associations of local municipalities, signed a letter which says they are unaware "of a single community in Michigan that has or is seeking to ban short-term rentals."

Perhaps they should look harder. The city of Detroit quietly banned short-term rentals in residential areas before pulling back after an outcry. St. Clair Shores says its zoning ordinance doesn't permit short-term rentals, and the number of Airbnb-affiliated properties in the city went from 10 or 15 down to zero. The city even prosecuted a homeowner for engaging in a short-term rental. Ann Arbor, Holland, Mackinaw City, Spring Lake and others ban short-term rentals in certain zones. Grand Haven and South Haven both issued moratoriums on new short-term rentals. New Buffalo currently has a moratorium, and officials there are pushing restrictions that would essentially ban Airbnb for many people because of how costly the required insurance and local regulations would be.

Traverse City has severe restrictions as well. As the city's zoning administrator, David Weston, told The Detroit News when a similar bill was being debated a few years ago: “We don’t allow (some short-term rentals). If this bill got enacted, it seems to be that they would not be under regulations of zoning. They would be allowed.”

Regulating what people can do with their homes is complicated. Cities have some homeowners who argue that maintaining what they call the "character of the neighborhood" requires keeping renters out altogether. They also cite regulations about the appearance of property. On the other hand, cities must deal with state laws that prevent exclusionary zoning, as well as understand the economic benefit of having fewer zoning restrictions.

There’s a simple way to strike a balance between the rights of people who wish to rent their property on a short-term basis and the desire of their neighbors for tranquility. The government should allow people to do what they wish with their property as long as they don't violate the rights of their neighbors. These bills do a good job of recognizing that. They simply say municipalities cannot ban short-term rentals, but they explicitly say they can regulate them for noise, traffic, advertising, the number of occupants and "any other condition that may create a nuisance."

Local government officials never like having their powers restricted. But the tourism industry is a key part of Michigan's economy, and short-term rentals are an important, and growing, part of that. The Michigan Legislature is right to promote private property rights and the economic activity that comes with it.