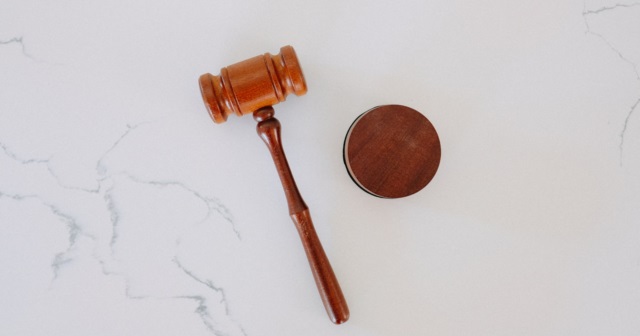 The rights of citizens to hold their government officials financially accountable has long been part of American law. The Civil Rights Act of 1871, signed by President Ulysses S. Grant during the Reconstruction Era, gives citizens the right to file lawsuits against public officials who violate their constitutional rights. Today, this law is commonly known as Section 1983.

Section 1983 came into significant prominence during the Civil Rights Era, with suits being filed for a wide variety of constitutional violations. It was from this environment that qualified immunity was first developed by the Supreme Court in the 1967 case of Pierson v. Ray. In that case, police officers in Jackson, Mississippi, were sued by a group of priests who claimed they had been unconstitutionally arrested for exercising their civil rights. The court ruled that police officers are to be granted immunity from having to pay civil damages if their acts were undertaken in good faith and under the authority of an apparently valid statute.

The doctrine of qualified immunity was later expanded in the 1982 case of Harlow v. Fitzgerald. Arthur Fitzgerald, a federal employee, argued that he was fired from his position because of whistleblower testimony he gave before Congress. In response to his firing, he sued President Richard Nixon, who boasted in White House recordings that his administration was responsible for Fitzgerald’s firing. In his defense against Fitzgerald's lawsuit, Nixon and his aides argued they had absolute immunity for their actions while they were in office.

While Nixon’s aides weren’t granted absolute immunity, the Supreme Court ruled in an 8-1 decision that public officials have immunity from lawsuits for civil damages that don’t violate “clearly established statutory or constitutional rights.” This doctrine has since been expanded even further. Citizens who seek to establish that the right they claim was violated had been “clearly established” must show that courts have upheld that right in nearly identical cases – a high hurdle, to be sure.

Since the Supreme Court’s ruling in Fitzgerald, qualified immunity has been used by various government agents, ranging from local officials to federal employees, to protect themselves from lawsuits. For example, public officials in Flint recently attempted to claim qualified immunity for their role in that city’s water crisis. Courts denied them that privilege, but their claim shows how this doctrine lets government officials try to escape liability for their actions and decisions.

Recent events, like the killing of George Floyd and Breonna Taylor, have brought this issue to light, and many people of various political persuasions have called for an end to qualified immunity. In June, Justin Amash, an independent member of Congress, joined with Republicans and Democrats to co-sponsor the Ending Qualified Immunity Act in the House of Representatives.

There have also been efforts in Michigan’s Legislature to limit qualified immunity. In September Democrats introduced a bill to deny government officials qualified immunity in cases of unreasonable use of force, which would be determined on a case-by-case basis. Although the bill doesn’t go far enough, it is a good first step in bringing back accountability.

Though the Supreme Court has heard a recent case on qualified immunity, Taylor v. Riojas, it avoided making a meaningful ruling on the doctrine itself. It also recently heard arguments in another qualified immunity case, Brownback v. King, in which a Michigan man was falsely identified as a suspect and beaten by police. But it seems unlikely that the Supreme Court will make a broad decision on the issue, as it has refused to hear a dozen of these cases in recent years, including several for its current term.

Qualified immunity grants too much authority to public officials, allowing them to wield their power as they see fit and leaving citizens with no way to hold them financially accountable. Citizens should always have the power to make their government officials answer for their actions and face consequences when they overstep their bounds. It’s time to end qualified immunity.