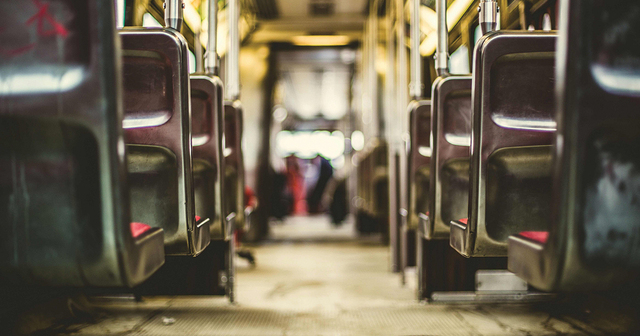 There are better ways of subsidizing transit use than buying more buses.
Publications / Viewpoints

There is movement afoot in Southeast Michigan to raise $5.4 billion in new property taxes over 20 years from four Michigan counties to fund expanded transit services. The proposal, known as “Connect Southeast Michigan,” would require the approval of voters in the affected counties — Wayne, Oakland, Macomb and Washtenaw — in the November election.

Voters should reject tax increases until transit authorities in the Detroit area more deeply explore an alternative to expanding the transit network. Ridesharing and, more significantly, autonomous vehicles, have disrupted and will disrupt transit and ways of getting us around. Locking the public into a 20-year, four-county commitment to conventional public transit systems (including trains) is therefore irresponsible.

The future of transportation lies in ridesharing and autonomous vehicles, which are racing past expensive, slow and conventional public buses.

In introducing the tax proposal, Warren Evans, Wayne County executive, was quoted in Crain’s Detroit Business as saying, “We need transit for business reasons. … It’s about getting talent to and from a location. If we can’t move people back and forth, we’re always going to be at a loss in that area.” But if getting people to work is truly the goal, more and faster bus routes, let alone new trains, may still not be the best choice.

Transportation expert Wendell Cox wrote in an article last year that county and city efforts should focus not on travel but on mobility. “In Detroit,” he wrote, “the average commuter can reach 164 times as many jobs by car [as] by transit.” The Motor City has the fourth-worst access to jobs via public transit of 49 major U.S. cities. Cars are a more flexible mode of transportation, and people, especially low-income ones, need more access to them than to buses.

The plan, to the credit of its designers, does allow the possibility of using public resources for ridesharing services for people who live in areas that aren’t served by fixed bus routes. This is a great idea, but it should not be adopted only in regional public transit deserts. It should be the staple of transit reform.

Some system users could receive a digital card with either 40-50 rides per month or some allotted subsidy for Uber, Lyft or other ridesharing services that can be hailed from one’s smartphone. Travel vouchers for low-income and other special populations have been used in a limited fashion to help meet particular needs as early as the 1970s. Digital cards are just a more efficient voucher. Even if the subsidy were small, it may still be enough to transport poor people from their door to one of the existing major bus routes.

Uber and Lyft have also started group commuter options with UberPool and Lyft Shuttle. Chariot — another multiple rider option — is operating in major cities, too. These services bring together people moving in the same direction for van rides to their destination. The service can be door-to-door, though in some cities customers may walk to a common pickup location in exchange for a reduced fare.

Ridesharing services have driven down the cost of being transported from place to place. The next revolution — autonomous vehicles — will likely drive prices down further and make individualized transport even more affordable. This will allow people to eschew fixed public bus routes. They will be able to achieve the goal Evans and other regional transit supporters say they want, which is to ensure people can get from point A to point B. It just won’t happen with extra buses or trains, their preferred means toward that end.

The future of transportation lies in ridesharing and autonomous vehicles, which are racing past expensive, slow and conventional public buses. Even so, transit leaders in Wayne County and elsewhere want to double down on the past with another $5.4 billion in taxpayer dollars. Officials should instead more fully explore a public transit option the Motor City should know something about: cars.