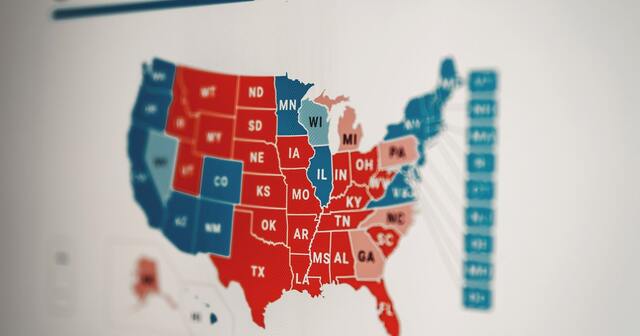 Electoral College guarantees the representation of states in presidential elections

Anuzis points out that millions of Americans are unhappy with the recent presidential election and says their frustration “will rip at the fabric of American democracy.” Then he makes a stunning pivot, arguing that the “questioned legitimacy” of the president would not be an issue if there was one single national election. Common sense and history show that a system with more consolidated power, fewer checks and balances and dubious constitutionality would create more controversy than it settled.

Anuzis seems to think that President Joe Biden so decisively won the popular vote that President Trump would have readily accepted defeat last November. How quickly he forgets that the former president won the Electoral College, but not the most votes in 2016 and still claimed, “I won the popular vote if you deduct the millions of people who voted illegally.” And it stretches credulity to believe that Trump, whose campaign and allies have filed lawsuits challenging about 28 million votes in seven states, wouldn’t claim a popular vote win and similarly contest the results if NPV were in place right now.

One of the more interesting statements in the piece is that “[u]nder the current system of choosing the president, 2020 saw 33 states — containing two-thirds of American voters — completely ignored.” This is an updated version of an old, and incorrect, claim often made by NPV advocates. In fact, California isn’t “ignored” by Democrats, rather the preferences and priorities of many Californians wind up driving both the Democratic Party and, through it, American politics. What is most interesting about the claim here, however, is that the number of highly competitive states has jumped. NPV advocates used to say that just eight or 10 states mattered and warned that number would shrink.

The truth is American politics are constantly changing. Vermont was once a Republican stronghold. Richard Nixon and Ronald Reagan were governors of California when the South was solidly Democratic. All states matter, even those where majorities of voters make up their minds very early in the process — just imagine Joe Biden winning without California. Those “safe states” provide a base of support as candidates move forward into more politically balanced states, always trying to reach out and expand their coalition across the country. This incentive, created by the Electoral College, is healthy and protects us against narrow regional factions gaining too much power.

The op-ed also strings together selected facts in a misleading way when it claims that “in Michigan, the House of Representatives has already passed the National Popular Vote bill, and the bill was introduced in the Senate with 15 Republican and 10 Democrat sponsors.” What really happened is that the House passed NPV in 2008, a dozen years ago, while the Senate numbers are from 2018. And many of those Senators backed off when it came out that NPV’s lobbyists had treated them to a luxury trip to Hawaii.

The really sketchy part of the piece, though, sounds like the testing of some new marketing language for NPV: “The candidate with the most votes should win. That’s an American ideal.”

Set aside that the candidates with the most electoral votes does win, so long as they have a majority. And forget the question of where this majoritarian ideal supposedly comes from — certainly not the Declaration of Independence or the Constitution. The biggest problem with the slogan is that it ignores that there are other American ideals, too.

What about the American ideal of checks and balances, federalism and separation of powers? The Constitution quite explicitly embodies in several places the principle that a majority, or plurality, of voters is not always enough to carry the day. A system that cannot say “no” to a majority is a system without real checks and balances, and that cannot protect the rights of the minority, another American ideal.

The Electoral College, which guarantees the representation of states in the election of the president, is a part of this system of checks on majority power. Sometimes that means a candidate may have such a narrow coalition that even a plurality of Americans will fail to get its way. That, too, is an American ideal, one that we ought not surrender.