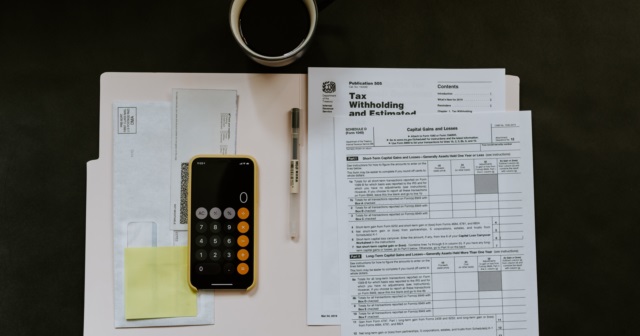 Tax credits may affect the reach of government in ways you don’t expect.
Publications / Viewpoints

Advocates of limiting government focus on keeping the state budget from growing out of control, but they often neglect something else that can increase the size of government: tax credits. They shouldn’t.

Government watchdogs judge legislation by whether it increases or decreases government income. This tendency gets exploited by some special interests: Requests for tax credits — which seem to reduce government revenue — are met with less resistance than calls for more spending programs.

Let’s say that investors want state money to supplement their bets on high-risk businesses. They can ask lawmakers to add a program to the budget, which means they must compete with other spending priorities in annual budget debates. Or they can ask for special tax favors. So, instead of asking for a spending program, they ask for “tax vouchers” to “secure” their investments. If, under that scenario, the businesses work out, the investors gain. If they don’t, the investors get a tax voucher, which they can sell to cover their losses.

In this setup, the state doesn’t record any additional expenses. It instead records revenue that has been reduced by the new vouchers. Investors get cash when they sell these vouchers, and those vouchers are favors granted by state lawmakers even if they’re not officially part of the state budget. They look and function like a state spending program, but they are officially part of tax policy, and it looks like they reduce state government. While tax credits and spending programs may look different in some ways, both can expand government’s ability to hand out favors.

This example is not a hypothetical. It’s an outline of a 2003 venture capital program passed by legislators with just 13 dissenting votes and signed by Gov. Jennifer Granholm.

Legislators still try to mask special treatments by embedding them in tax policy rather than in spending programs. House bills 5820 to 5822, for example, establish a tax credit for “community investment” spending. People would get a tax credit worth fifty cents for every dollar they donate to particular neighborhood nonprofits selected by state administrators. The bills give those administrators $25 million in tax credits to hand out.

The state could, of course, operate a $25 million matching grant for the same purposes. Lawmakers would need to etch out the parameters of a program in legislation and add a line item to the budget. Making it a tax credit, however, means it doesn’t have to compete with other spending priorities in budget negotiations.

Information about who gets tax credits (and how much) tends to be considered confidential. By contrast, if a program is in the budget, at least people can see who collects these favors.

People should question whether these neighborhood charitable endeavors should receive extra privileges from lawmakers, regardless of whether they are structured as tax credit programs or budget line items. The bills do not spell out the good that these privileges might do, let alone describe what accomplishments lawmakers believe are worth the tax credits. A 50% tax credit in return for spending on a charitable purpose is a generous inducement, especially when it’s not clear what lawmakers expect to get from extending this special treatment.

Not every tax credit, deduction or exemption is spending in disguise, however. Groceries and prescription drugs are exempt from sales taxes because people are uncomfortable taxing these necessities. Child deductions are part of the many pieces of fiscal policy that encourage child-rearing. Theoretically, these preferences could be built into spending programs, but lawmakers may conclude that their goals are better accomplished by using the tax code.

Some lawmakers who are skeptical of spending may favor tax credits because it looks like they limit the amount of money the state can spend. Spending interests have been able to take advantage of that tendency to get what they want when the state creates favors through tax preferences instead of budget programs. If residents and lawmakers really want to limit government, they ought to be more skeptical of targeted tax credits.