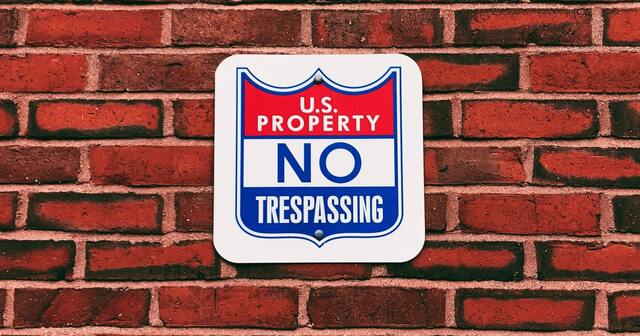 The right to own and use property has been one of the cornerstones of a successful and prosperous economy. Despite this, the courts have often been negligent to downright hostile to property owners who seek to enforce their rights against government intrusion. For that reason, the U.S. Supreme Court’s recent decision in Knick v. Township of Scott, 588 US ___ (2019) may turn out to be a watershed moment. The issue in Knick is how the courts treat a “taking” of private property for public benefit. The Fifth Amendment to the Constitution says: “nor shall private property be taken for public use, without just compensation.” There are two parts to that. First, it’s clear that a government can take property for public use. This power is called eminent domain. It is widely accepted by courts and elected officials, and it makes it easier for governments to build roads, military bases and other facilities. But, second, the government must pay fair compensation for what it takes.

To complicate this matter, what triggers the requirement that a government must compensate you? If the government takes your property, pays you for it, and builds a road there, that is straightforward. But what happens when a government enacts a regulation that reduces the value of your property? Say you buy a plot of land to farm, and then the zoning laws change and they now say that your land cannot be used for agriculture, which means that your land now has almost no value. This might be a “regulatory taking” and you could be able to get compensation from the government. After all, the duly elected government decided that the public doesn’t want farming there. So if the public wants your land to be put to less productive uses, it ought to pay you for the financial harm it inflicts on you.

How to get compensation out of the government has always been the hard part. In general, you can’t sue the government unless the government allows it. The states typically have a process called “inverse condemnation,” through which someone can bring suit and seek compensation. This usually takes place in the state courts.

But people can also ask federal courts to enforce their constitutional rights. And ensuring just compensation for takings is a constitutional right. But the courts have been giving these claims second-class treatment. The Supreme Court had been saying that you could not bring a takings claim in federal courts until you had first made the claim in your state court, and taken it as far as you could – meaning all the way through the appeals process. Only once you’ve done that could you get to federal court. But then there was a catch-22.

If you lost in the state courts, this kept you from bringing your lawsuit in the federal courts. So property rights became a second-class constitutional right.

But why would this matter if you could go through the state courts? Many property owners have long felt that they could not get a fair hearing in their local court against their local government. After all, they had to go to the local judge – who is part of the local government – and try to get their rights respected. But perhaps the mayor, the sheriff, or someone on the city council is a friend of the judge. And perhaps the law that deprived you of the full use of your property (or perhaps the property itself) is popular with your fellow citizens. Even virtuous people find it hard to resist a law that benefits them while it imposes its cost on someone else. That can create an uphill battle when fighting city hall. And many states (not including Michigan) don’t allow juries to determine the facts in an inverse condemnation lawsuit. Without juries, local judges can make factual determinations that are very hard to overturn on appeal. Appellate courts review the trial courts’ legal findings as if they were looking at the matter for the first time. But the appellate courts don’t overturn the trial courts’ factual findings unless these are clearly erroneous. And so, if the trial judge is friendly with the political establishment that the property owner is suing — or worse, is part of it — you may be doomed by the judge’s factual findings. Property owners often believe that they don’t have any home field advantage in their local court and, in fact, quite the opposite. And so they would prefer to take their case to a more neutral federal court.

And now we come back to Knick v. Township of Scott. In Knick, the court held that property owners do not need to go through the entire state court system before they can bring their case in the federal courts. The federal courts, which may be a more neutral and fair forum, are now open to them at the start of their case, instead of only after they have made the long and expensive journey through the state court systems.

Allow People to Rent Out Their Own Vehicles