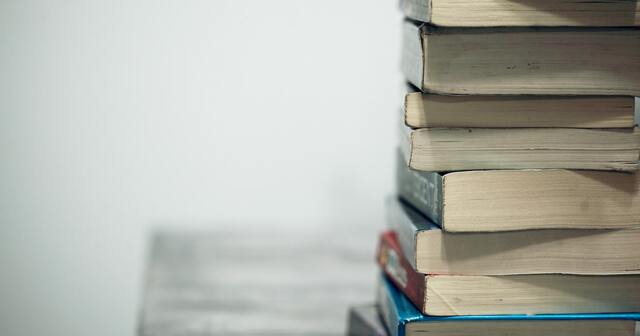 What do cocktail recipes, pirate crews and deposed princes have in common? They all make great book subjects.

For over three decades, the Mackinac Center has welcomed a multitude of interns. They enjoy the opportunity to work directly with staff on the Center’s projects, participating in research, writing and graphic design. Many former interns now work as policy researchers, attorneys and professors. A few have published books, weighing in on everything from energy policy to the workings of anarchy.

C. Jarrett Dieterle interned for the Mackinac Center’s communications department in 2011. He now works as the director of commercial freedom and a senior fellow at the R Street Institute, where he researches and writes about regulatory policy issues. His alcohol policy expertise comes to the forefront in his book Give Me Liberty and Give Me A Drink!: 65 Cocktails to Protest America’s Most Outlandish Alcohol Laws. This book offers a variety of cocktail recipes, each based off a different absurd alcohol restriction left over from the Prohibition era. Dieterle presents historical facts and stories about each policy, from New Mexico’s ban on $1 margaritas to Vermont’s law against beer pitchers. By mixing education and entertainment, he advocates for alcohol policy reform through this handbook of creative cocktails.

Daniel J. Smith, a fiscal policy intern in 2005 and 2007, is now an economics professor and the director of the Political Economy Research Institute at Middle Tennessee State University. Additionally, he serves as a co-editor of the Review of Austrian Economics and the president-elect of the Society for the Development of Austrian Economics. He co-authored Money and the Rule of Law: Generality and Predictability in Monetary Institutions with Alexander Salter. The book argues against the current policy of constrained discretion for central banks, which allows bankers to determine monetary policy as they see fit. Smith and Salter claim constrained discretion results in information and incentive problems that hinder economic stability. In its place, they present a “rule of law” system — a more definite approach that offers much-needed financial stability and predictability.

Smith also co-authored The Political Economy of Public Pensions with Eileen Norcross, which discusses the dangers of rising state and local pension liabilities and proposes several pension funding reforms. This book is scheduled for release on July 31, 2021.

Peter T. Leeson worked 1997-2000 as a Mackinac Center research intern. Though he now works as the Duncan Black Professor of Economics and Law at George Mason University, he also remains as an adjunct scholar for the Center. He has authored and co-authored several books, including the following:

The Invisible Hook: The Hidden Economics of Pirates explores the organization of pirate crews. These violent thieves may have had a reputation for lawlessness, but they created their own pirate codes and regulations, from democratic elections to drinking curfews. As Leeson analyzes the benefits of these practices, he shows how even the most ruthless criminals can form organized societies to satisfy their own economic self-interests.

Leeson continues to look at the ways people establish order apart from government in Anarchy Unbound: Why Self-Governance Works Better Than You Think. This book looks at historical and present-day examples of societies living in anarchy, which is defined as simply a lack of government. Leeson argues that, rather than inevitably creating chaos, anarchy can allow effective systems of self-governance to emerge. He cites as one example Somalia, which has fared better under anarchy than it did under its previous corrupt and dysfunctional government. Using a rational-choice theory of economics, Leeson explains how private individuals have solved problems when government is absent.

In WTF?!: An Economic Tour of the Weird, Leeson introduces the reader to a vast array of strange laws and practices. The book’s narrator serves as a tour guide, taking the reader around a museum of absurd policies around the world, such as wife auctions in 19th-century England and Italy’s 250-year experiment in prosecuting crickets and cockroaches. As nonsensical as each practice might sound, Leeson unravels the economic explanations behind them all, showing how even the strangest behaviors are the results of rational thinking and problem-solving.

Shabnam Mirsaeedi-Farahani interned at the Mackinac Center in summer 2002. This digital operations expert has worked with businesses in several European countries, and she currently holds the position of category leader at Amazon in Berlin, Germany. She wrote Energy Sector Diversification in Iran: Evolving Strategies and Interests in the Electricity Sector, a contribution to the internationally focused series Energy Policy and Climate Protection. The series discusses economic and political strategies that shape energy distribution worldwide. Mirsaeedi-Farahani’s book focuses on Iran’s energy policies between 1990 and 2011, discussing the impact of that country’s electricity sector on its own development and place on the global stage.

Dane Skorup, a 2014 education policy intern, is pursuing a master’s of international development policy at Duke University. His fictional work, Kid Kingmaker, features an 11-year-old boy named Leander Reis who finds a deposed prince’s old artbook. Leander’s attempts to profit from the autographed book snowball into an effort to put the still-living author back on his throne. In this story of friendship, virtue, and hope, Skorup intertwines Leander’s adventure with the philosophy of history as he draws upon universal themes found in classical literature.

Christina Sandefur interned with the Center in summer 2006 and is now the executive vice president at the Goldwater Institute. She helped draft the Right to Try initiative, which allows terminally ill patients to receive treatments not yet approved by the FDA. (In 2018, President Donald Trump signed a Right to Try law into effect.) Sandefur advocates for property rights reform in Arizona and across the nation. She co-authored Cornerstone of Liberty: Property Rights in 21st Century America with Timothy Sandefur. In this book, the Sandefurs argue that the right to one’s own property is an essential human right that America’s founders sought to protect in the Bill of Rights. However, they say, recent court decisions and legislative regulations have whittled away at Americans’ property rights as the government liberally exercises powers of eminent domain and regulatory takings. The authors discuss several examples, presenting people’s stories alongside legal analysis to show how property rights have been threatened and why readers should advocate for reform.

While each of these books is different, the intelligence and creativity of their authors shines in every one. The Mackinac Center is excited to see these former interns flourish in their fields and share their knowledge with the state, nation and world.