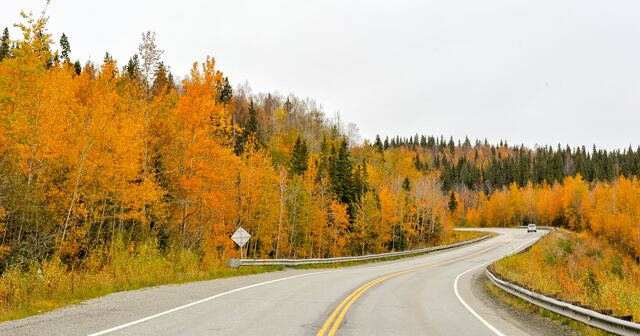 The governor and legislative leadership want to make a road funding deal part of the budget for the upcoming fiscal year. If they are unable to pass a budget by October, the state government shuts down and only a limited range of services — ones deemed “essential” — continue until they approve a new budget. That is a good reason to pass a budget before the deadline. But even if they can’t find a consensus about road funding, there is no good reason to shut down the government.

Legislators have the option to pass a budget without tax increases. The budgets would likely include more transportation money than last time. Both the House and the Senate have already passed their spending plans for the year, and both proposals include more money for roads.

The governor has the power to veto budget bills if they are passed without her recommended tax hikes, or even without a compromise tax hike. And if this happens at or near the deadline, it means that the state government shuts down. Nonessential government workers don’t go to work. Highway construction stops. The state stops transferring money to schools and local governments. Residents who rely on state services don’t get those services. And it’s just inappropriate and disruptive to shut the state government down.

That dispute doesn’t have to be settled by October. Passing a budget without a tax hike would not end the road funding debate. Lawmakers can continue to debate the merits of different tax hike proposals after they approve annual budgets.

It makes sense why the governor wants to put a deadline on a road plan — negotiations can be perpetual if the parties won’t budge from positions which allow no compromise. Deadlines, by contrast, can force hard votes. Residents experienced this in 2007, as a shutdown proved enough justification to get the votes for a tax hike.

The 2007 dispute was about budget cuts versus tax hikes, with various advocates taking opposite stances. This time around, there is agreement in favor of more road funding, and the argument about how much more there will be is a bad reason to shut the state government down.

Or perhaps the dispute is instead about tax increases. If it is, then it also seems inappropriate to shut down the state government. The state budget has grown and is growing, which means that the state is already collecting and spending more each year. Lawmakers are free to spend more on schools or water infrastructure or other fiscal priorities with the extra proceeds from economic growth. A tax hike just means that those priorities can be pursued sooner, which is obviously different from whether they happen at all.

There could theoretically be an important reason to get a lot more money quickly into the state budget. But if there is, tax hike supporters have left that reason unstated. Lawmakers can make road funding a priority for extra, growing revenue, and it’s unclear what taxpayers would get for expedited cash inflows.

So, unless there is some reason that emerges before October where the state will face some real harms by not raising a lot of revenue quickly, the state should avoid a shutdown over the road funding debate. Shutdowns are bad policy, and there is no good reason to shut down the state government if legislators approve budgets without a tax hike.