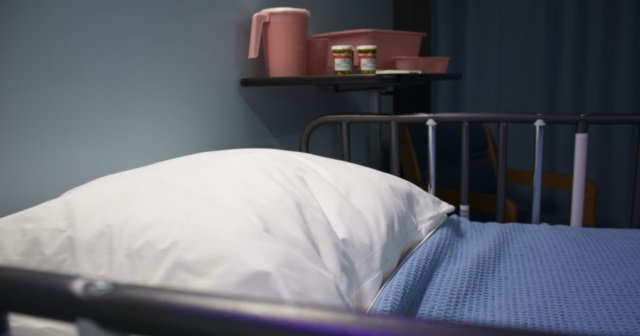 Font size:
Senate Bill 669: Revise state hospital rationing law (“certificate of need”): Passed 21 to 16 in the Senate
To revise the powers of a state Certificate of Need (CON) commission that are related to “capital expenditures” for a new hospital or clinic, or expansion of an existing one. This commission has the power to approve or deny facility expansions, as well as any changes in the location, purpose or number of beds allowed in an existing facility, or plans to offer more clinical services. The Senate Fiscal Agency reports that the proposed change would have little practical effect because these regulated capital expenditures “are used to finance expansions of facilities and those expansions themselves require a certificate of need” from the commission. This and similar laws in other states were enacted under a federal mandate in the 1970s with the intention of lowering health care spending by reducing investment in the field; 15 states have repealed the laws but 35 states, including Michigan, still have them.
Senate Bill 672: Revise psychiatric hospital rationing (“certificate of need”): Passed 21 to 16 in the Senate
To exempt psychiatric hospitals or units from the rationing restrictions imposed under a state Certificate of Need law that requires medical service providers to get permission from a panel of existing providers before adding new or expanded facilities. In return for the exemption, private psychiatric hospitals and units would have to maintain half their beds for "public patients," defined as ones receiving social welfare benefits, or subject to a treatment order signed by a clinical psychiatrist, or deemed by a court to be a threat to themselves or others.
Senate Bill 686: Create state employee whistleblower protection law: Passed 37 to 0 in the Senate
To establish a state employee whistleblower protection law that prohibits a state department or agency from retaliating against a person for communicating with a legislator on the way the department or agency is performing its duties.
House Bill 5266: Require electric coops give telecoms equal access to utility poles: Passed 37 to 0 in the Senate
To require member-owned electric cooperatives to provide video, broadband, wireless or other telecommunication service providers with "non-discriminatory" access to their utility poles under reasonable rates, terms and conditions, and also establish a process for resolving disputes.
House Bill 4740: Establish another “dark sky preserve”: Passed 106 to 1 in the House
To designate Dr. T. K. Lawless Park in Cass County as a “dark sky preserve.” The term is not defined in this or a related statute but in general it means restricting outdoor lighting to a minimum.
House Bill 4736: Ban using open records requests to locate huntable game: Passed 85 to 22 in the House
To prohibit using information obtained in response to an open records request seeking Department of Natural Resources records related to resource-related restoration, management or research projects, for the purpose of locating game to hunt. This and House Bill 4735 would authorize a process by which an individual seeking such records could sign a form attesting that he or she will not use the information to take game or help others do so, subject to misdemeanor penalties for violations.
House Bill 4042: Authorize interstate nurse licensure compact: Passed 55 to 50 in the House
To authorize Michigan’s participation in an interstate nurses licensure compact that would allow registered nurses (RNs) and licensed practical/vocational nurses (LPNs/VNs) to get a multi-state license that is good in all states that join the compact.

Senate Resolution B: Deny Heartwell nomination to chair Natural Resources Commission: Passed 20 to 17 in the Senate

To disapprove the appointment by Gov. Gretchen Whitmer of former Grand Rapids mayor George Heartwell as chairman of Michigan Natural Resources Commission. This follows the reportedly related Feb. 13 denial of Anna Mitterling's appointment to this commission, which has "exclusive authority to regulate the taking of game and sportfish" and designating which species may or may not be hunted. Heartwell’s nomination is opposed by the National Rifle Association because of his role as a “state membership coordinator” of antigun groups organized by former New York City mayor and current Democratic presidential candidate Michael Bloomberg.

Want more nurses? Make it easier for nurses to work