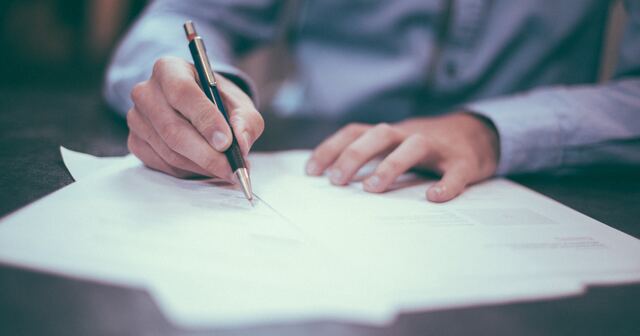 Before we add more regulations, we ought to ask three questions.
Publications / Viewpoints

Should Government Get Involved? What to Consider First

Font size:
There are no perfect outcomes, but many problems are better solved through civil society, not government.

Whether it comes to preventing crime, keeping businesses honest or eliminating “vice,” most people believe government has a role. But a recent conversation with a friend reminded me how — though we had agreement on the end results — people can see restrictions from units of government in very different ways.

My friend’s thought process was simple: If some activity is bad, the government should stop it. My worldview when it comes to government regulation is shaped by something I once heard from economist Thomas Sowell. He said, “There are no solutions; only trade-offs.”

In other words, it isn’t enough to just agree on what is bad and push for the government to restrict it, or what is good and push for government to promote it. Though that is how many — perhaps most — people think about public policy, it can lead to lots of problems.

So when considering a regulation, consider a few questions first.

Is it really the government’s role to regulate this activity?

One of the hardest things to do in public policy, especially for politicians, is to see an activity you don’t like and resist the call for government to get involved. It makes me nervous when the state tries to define vice. Often, this is the majority imposing its will on the minority, regardless of reason.

That’s how you get a ban on businesses allowing their customers to smoke — even in the back bars of bowling alleys. Or sin taxes on soda pop in New York and Seattle, but fewer regulations on liquor. Or the city of Detroit cracking down on carwash businesses with minor sign-code violations, but not drug use. Or March Madness pools being illegal in Michigan, while the state advertises for the lottery.

Will the government regulation be effective?

The typical adult commits three felonies per day. There are so many laws that Michiganders have gotten busted for watching children at a bus stop (unlicensed day care) and lost their vehicles for going to an art museum party which, unknown to them, didn’t have a proper alcohol license.

Michigan requires an occupational license — special government permission to work — for around 200 jobs. Many of these standards make sense — but do we really need to regulate potato sellers and butter graders? Most states don’t.

And these regulations are not effective, even for the occupations where they are required. Do marketing classes really help massage therapists? Is attending only one of five colleges in the state the best educational option for a potential barber? Consider that for many jobs, the number of people working in them far, far exceeds the number of those licensed. (There are more than 4,000 painters in Michigan but only 425 who are licensed.) Because the state regulators can’t possibly keep up with the actual number of rules, the system is far from efficient in actually protecting the public. Too many regulations is the same thing as not having any.

Is the regulation worth the cost?

I’m not a fan of alcohol. I think it contributes to a lot of societal destruction, whether it be drunk driving, underage abuse, the health effects of binge drinking, or abusive parents. But our country learned through the Prohibition Era about what happens when you make it illegal — the problems that arise are much worse. In other words, the trade-off involving the rise of the mob, gangsters and violent crime — not to mention the direct financial cost to police this — was not worth the so-called solution of trying to get nobody to drink.

So when considering whether government should get involved, it’s always good to consider the questions above. There are no perfect outcomes, but many problems are better solved through civil society, not government.