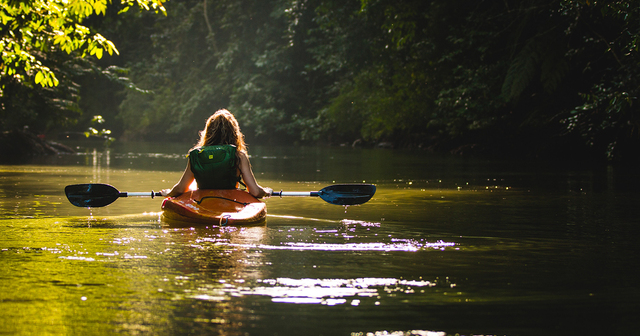 Sheriffs Float the Idea of a Kayak Tax

Just another example of the trough truce

Some Michigan sheriffs are calling for new laws and regulations requiring owners of small, non-motorized watercraft to register their boats and pay fees to the state. They say that they need the revenue the registration requirement, which currently does not apply to items such as inner tubes, canoes, kayaks and paddleboards, will generate. But counties should look to existing funding sources before taxing floaters and paddlers.

Boaters who are currently required to register their watercraft pay annual fees, which go into the Marine Safety Fund. County sheriffs receive grants from that fund. But as Michiganders register fewer boats, sheriffs say, the grant money is drying up. They argue that without it, they are overextended.

But even if the fund shrinks considerably, there are alternatives to nickel-and-diming paddlers for the use of public waters and the law enforcement and other offices that serve them. First, the sheriffs could push back on the way Marine Safety Fund dollars are allocated. Fully 48 percent of the fund goes to overhead at the Secretary of State and the Department of Natural Resources. Over half of what’s left is given to the DNR’s law enforcement division. That leaves just $3 million for the 83 county sheriffs. Instead of demanding that paddlers pay taxes, the sheriffs should demand a bigger portion of the money in the Marine Safety Fund. That they haven’t challenged the current scheme suggests this “shortage” may be an example of the trough truce.

Or, the sheriffs could simply do without marine safety grants. Counties with pleasant waterfront environs enjoy higher property values, resulting in greater property tax income. Revenue sharing to counties from the state sales tax has been steadily growing, too. Counties are seeing increased general fund revenue every year. Take Huron, Mackinac and Marquette counties for example. In a recent Capital News Service article, the sheriff’s department in each of these counties said it doesn’t have enough money. But their combined general fund revenues have increased by $9.2 million between 2010 and 2016, which amounts to more than the marine safety program for the entire state.

This isn’t the first time a kayak tax has been floated in Michigan. Lawmakers introduced a proposal in 2010 that would have created a registration requirement and small fee for kayaks and the like. At the time, it was touted as a public safety measure that would help rescuers locate distressed paddlers if their boats washed ashore empty. Today’s iteration is similarly misrepresentative: The sheriffs argue that taxing kayakers is the only way to ensure they have enough money to keep boaters safe. But the numbers suggest otherwise. Rather than seek to increase the pot of public dollars, counties should find ways to protect their citizens using the ample resources already at their disposal.