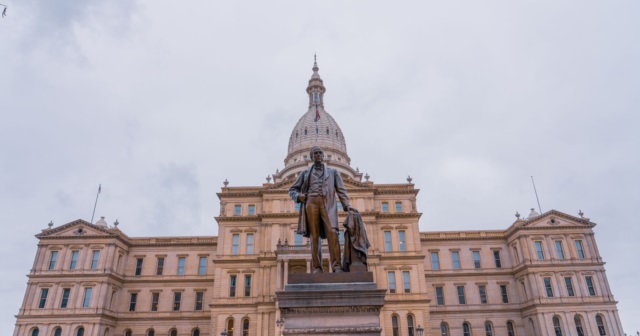 Font size:
House Bill 4288: Subsidize government broadband projects: Passed 36 to 1 in the Senate
To authorize state grants of up to $5 million each to municipal broadband ventures. The government entities looking to enter this market and applying for a grant would have to demonstrate a genuine demand exists that is not being served by private vendors, and that they are capable of executing the venture without the cost-overruns and revenue shortfalls that often characterize these operations. The week before this vote the legislature approved a state budget that authorizes $14.3 million state taxpayer dollars for these subsidies in the 2020-21 fiscal year.
Senate Bill 991: Let casinos do multijurisdictional internet poker: Passed 36 to 1 in the Senate
To authorize the Michigan gaming control board “to enter into agreements with other jurisdictions, including Indian tribes, to facilitate, administer, and regulate multijurisdictional internet gaming for poker by internet gaming operators,” meaning Michigan’s Indian and Detroit casinos
Senate Bill 970: Expand tobacco tax reach: Passed 38 to 0 in the Senate
To restrict the vendors from which retail establishments that sell tobacco products, vapor products, or alternative nicotine products may acquire products, essentially mandating they be bought only from licensed entities that pay state tobacco taxes. The change is projected to extract an additional $9 million annually from consumers.
Senate Bill 77: Allow nursing home electronic monitoring: 37 to 0 in the Senate on October 1, 2020
To allow a nursing home resident or a resident's legal representative to use audio or visual electronic monitoring devices in nursing home rooms to monitor a resident’s care under certain circumstances. The bill authorizes the use of recordings from such a device as evidence in a civil or criminal trial in which abuse of residents is alleged, and prescribes detailed rules and disclosure requirements.
House Bill 4459: Restrict excessive charges for emergency medical care: Passed 32 to 6 in the Senate
To prohibit hospital emergency rooms or other emergency medical care providers from charging a person whose health insurance provider does not have a negotiated deal with the provider more than the median amount negotiated by the patient’s insurer for various medical specialties, or more than 150% of the Medicare fee for service fee, with various exceptions.