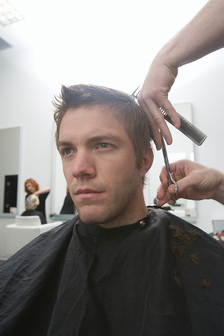 Want a job? You may need a license for that.

Pop Quiz: Which is a more dangerous profession: cutting hair or flying a commercial airplane?

Most would say the latter, but Michigan’s laws beg to differ. An airline pilot, whose work is regulated by the Federal Aviation Administration, needs 1,500 hours of flight time to hold a job (and this was only 250 until 2013). On the other hand, Michigan barbers need 1,800 hours to cut hair and cosmetologists need 1,500 to work in the state.

This isn’t to say that pilots need more mandated flight time or education. The evidence shows that commercial air travel is among the safest ways to travel and has continued to improve. But why does Michigan law have so many requirements for other occupations?

The government could increase every family’s standard of living just by allowing more competition in the marketplace of goods and services.

Our new study attempts to answer that question, among others, by analyzing occupational licenses in Michigan. What we find is that the Great Lakes State licenses at least 160 occupations by mandating training hours, tests and fees. And while advocates of more licensing — typically the industries being licensed — claim this protects public health and safety, the evidence simply isn’t there.

Like the examples above demonstrate, legislators have shown little thought about what occupations should be licensed and what mandates they should impose on people. Instead, occupations become licensed because interest groups argue for government mandates and fight to prevent changes to the system. That’s why athletic trainers need at least 20 times more training than emergency medical technicians and painters need 10 times the hours required of auto mechanics.

Most studies on the subject show that these regulatory mandates harm the state. Licensing serves to protect existing workers from competition — especially from lower-income citizens who have more trouble navigating the regulatory system. Other research shows that these laws lead directly to a higher recidivism rate for ex-offenders. That is, since Michigan laws hinder people with a criminal record from working, they are more likely to return to a life of crime.

Our research, which agrees with and builds on work done by experts in the Obama administration and elsewhere, finds that the laws cost Michigan more than 125,000 jobs as well as $2,700 per household every year. In other words, forget controversial proposals like tax cuts or using public programs to redistribute income. The government could increase every family’s standard of living just by allowing more competition in the marketplace of goods and services.

So how should this be accomplished? Some regulation is clearly needed; the question is how to find the right balance. Here are three guidelines.

First, Michigan licenses about 40 occupations that most states don’t. A goodstart is to get rid of those requirements.

Second, the state should set up a process to review every license on the books and evaluate whether it protects the public. If it cannot be shown that the license directly affects health and safety, eliminate the license and its accompanying regulations.

Third, Michigan should not prevent people with criminal records from working in a job unless their crime is directly related to the industry they want to go into. A statutory rape conviction should keep a person out of the classroom, but a vandalism charge shouldn’t keep someone from becoming a roofer.

This path of sensible and profitable reform is hard. As soon as anybody starts talking about fairer regulations, those who benefit from the status quo will rise up and fight back. But if Lansing wants to give us more jobs and money, legislators should adopt the easy solution: Get the state out of the way.