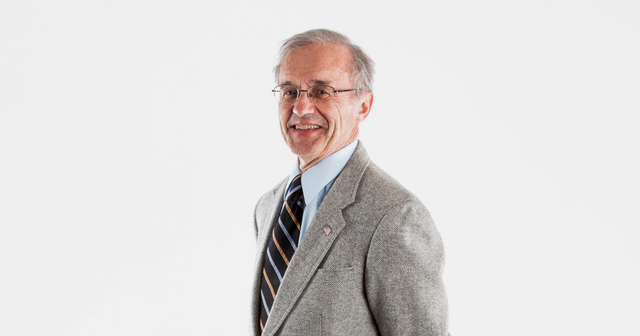 MIDLAND, Mich. — The staff of the Mackinac Center for Public Policy are saddened to hear of the passing of long-time friend Bob Williams of Washington state. Williams, a champion for liberty, was 80 years old.

Williams had a long career in public service and public policy. Williams served as an auditor for the Pentagon and Post Office with the U.S. Government Accountability Office and later served five terms in the Washington State Legislature. In 1988, Williams was the Republican nominee in the Washington state gubernatorial race.

Using the momentum from his campaign, Williams launched the Evergreen Freedom Foundation (later renamed Freedom Foundation) in Olympia, Washington. Founded in 1991 with a mission to “advance individual liberty, free enterprise, and limited, accountable government,” the Foundation was an early pioneer in the movement of state-based policy institutes. The Mackinac Center has worked with the Freedom Foundation since the early days of both organizations.

Williams’ work was not simply focused on Washington. He trained hundreds of lawmakers, policy experts and journalists on state budgeting, government accountability, education reform and other issues. A law Williams helped write, which required labor unions to seek annual permission from workers before spending dues on political activity, went to the U.S. Supreme Court where it was upheld in a unanimous decision in the case Davenport v. Washington Education Association.

Toward the end of his career Williams served as president of State Budget Solutions and as a visiting fellow with the Mercatus Center’s State and Local Policy Project. Williams was also an active member of the American Legislative Exchange Council. He remained a senior fellow with the Freedom Foundation until his passing.

“Bob Williams was indefatigable, generous and passionate,” said Joseph G. Lehman, president of the Mackinac Center. “He believed every tax dollar should be spent and accounted for with integrity worthy of the taxpayers who paid them. A stalwart champion of freedom, his mentorship propelled the accomplishments of countless nonprofit leaders and government officials.

“Bob Williams gave me my first job as a lawyer working in public policy,” said Michael J. Reitz, executive vice president of the Center. “He was always on the road speaking to people about state government. He loved to return and tell his staff about the gratitude and admiration for our work expressed by people across the state. Bob was a prolific writer of thank you cards. Later in life he wrote notes to people who assisted him in his travels, earning a beloved status on airlines because of his habit of gratitude. We send our love and appreciation to Jane Williams and their children and grandchildren.”