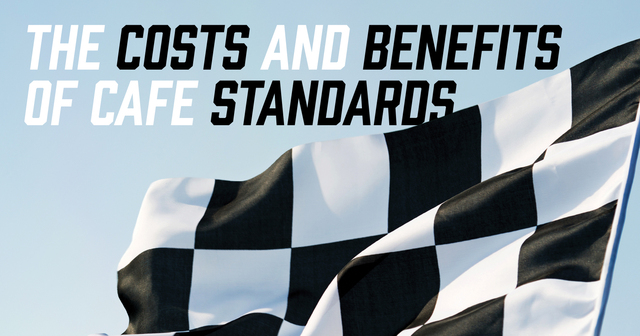 MIDLAND, Mich. — The Corporate Average Fuel Economy standards set by the federal government have few benefits but high costs, according to a new study released by the Mackinac Center for Public Policy. “The Costs and Benefits of CAFE Standards,” authored by University of Michigan-Flint Economist Chris Douglas, offers reforms policymakers should consider and alternative solutions that would better meet the goals of CAFE standards.

CAFE standards were first enacted in 1975 after Congress passed the Energy Policy and Conservation Act. The standards placed an additional set of regulations on automakers in an effort to reduce fuel use and carbon dioxide emissions. Unfortunately, the standards created several negative unintended consequences.

Domestic automakers, for example, are disadvantaged in the competitive automobile market because of the expensive investments they must make towards increasing fuel efficiency. Some foreign companies, like BMW and Mercedes-Benz, can simply pay the compliance fee that is charged when the standards aren’t met. Others, like Honda and Toyota, make vehicles that already meet the standards.

“The compliance costs imposed on domestic automakers by CAFE standards is significantly higher compared to their foreign competitors,” said Douglas.

This federal program also suffers from what economists call the “rebound effect.” This refers to the fact that drivers tend to drive more when the price of traveling drops. By forcing drivers to use more fuel efficient cars, CAFE standards lead to more miles being driven. This eats away at the benefits of reducing fuel use and carbon dioxide emission reductions.

The impact CAFE standards have had on average fuel efficiency is difficult to pinpoint. Research suggests that the fuel economy gains might have happened anyway. Gas prices have generally been on the rise for most of the program’s existence, which naturally encourages drivers to shift towards more fuel-efficient vehicles. In other words, it’s difficult to prove that the standards are primarily responsible for the average MPG gains that have occurred since the program began.

“These factors combined call into question whether there are meaningful benefits from these CAFE standards,” Douglas added. “Policymakers should rethink the entire program.”

The study offers the federal government some suggestions on how to improve the standards.

Douglas adds, however, that if the goal is to reduce gasoline consumption, a far superior method would be raising taxes on fuel. This change would encourage all drivers to use less fuel, either by driving less or with more fuel-efficient cars. While requiring drivers to pay more at the pump is rarely popular politically, it would be transparent and less expensive for drivers than all the hidden costs they pay through CAFE standards.