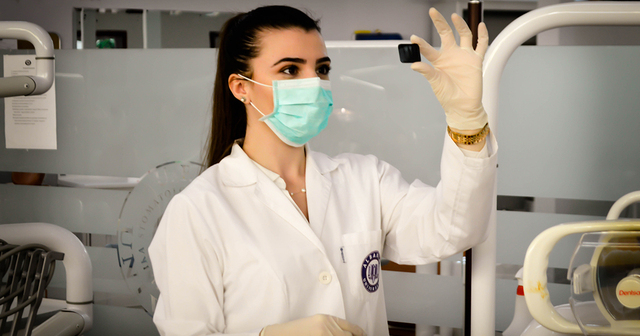 The best way for someone to keep from returning to crime is to have access to a job.
Publications / Viewpoints

Font size:
Blanket bans that exclude large segments of the labor force from important fields like medical and related professions are bad for consumers and bad for offenders.

The Michigan Department of Health and Human Services has proposed a policy that would severely limit people who have criminal backgrounds from working as Medicaid providers. It makes sense in many cases to impose restrictions, but blanket bans that are not narrowly tailored to protect consumers harm both ex-offenders and the economy.

Federal policy limits people with certain criminal backgrounds from working in medical fields, and state laws already prevent people with felony records from getting licensed as a doctor, nurse, dentist, chiropractor and more. But these new state rules go further — even restricting those with certain minor offenses from working.

The ban is not limited to professions commonly thought of as medical ones. It also includes many more job categories, including those not even licensed. These include support specialists, peer recovery coaches, parent support partners and home care providers. (Under the proposal, people with a criminal record could provide some home health care if the beneficiary signs a form acknowledging that the worker has a criminal record.) Nor are its restrictions limited to state jobs — agents of companies that perform these services would be required to observe the ban.

This move does not look good for a state whose governor and Legislature have said they are committed to workforce development and successful offender re-entry. While it makes sense to prevent some former offenders from working in private homes or medical professions, the state already has restrictions. People with criminal offenses related to providing health services or involving patient abuse, health care fraud and drug abuse are already banned from the field. The new policy expands those bans by adding crimes that are relatively minor or even completely unrelated to health care, like tax evasion.

John Cooper, the policy director for the Citizens Alliance on Prisons and Public Spending, notes the change would impose significant damage. “This policy would not only cut off access to potentially life-changing jobs in health care for people with criminal histories, it would take those jobs away from the many people that already have such jobs and who are models of successful re-entry into society — including current substance abuse counselors and peer coaches. Not only is this a needless change to Medicaid policy, it is likely to negatively impact public safety by taking away the livelihoods of numerous current providers (and their agents).”

That’s correct. The best way to keep people from returning to a life of crime is for them to have access to a regular job.

The state does allow for a review process where individuals can claim this restriction imposes undue hardship and show the state why they should be allowed to work. But that option only happens after someone is excluded from a job. The person is then kept that way until reinstated. This sort of disruption can have devastating collateral consequences on a person’s life.

There are thousands of crimes on the books in Michigan and tens of thousands of criminally enforceable administrative regulations at the state and federal level. According to one federal estimate, 4 million Michigan residents have some sort of criminal record. Policies such as the newly proposed ban would turn a criminal justice issue into a workforce development problem.

Blanket bans that exclude large segments of the labor force from important fields like medical and related professions are bad for consumers and bad for offenders. If Michigan wants to make strides both on offender reintegration and workforce development, we must show a statewide commitment to ensuring that certain jobs are only put out of reach for people who truly should not have them.