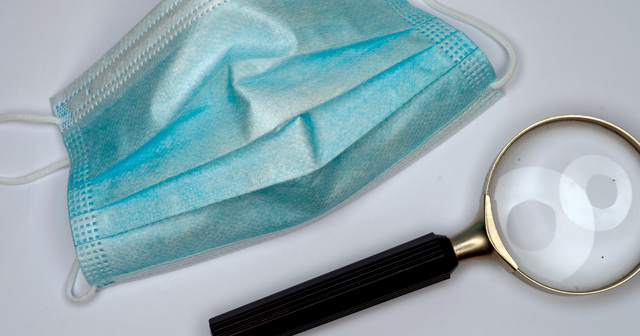 Michigan has been ranked as one of the worst states for transparency in the nation for years. There are plenty of reasons for this. It exempts the governor and Legislature from the Freedom of Information Act, and its fines for violating FOIA requirements are too low to motivate public bodies to properly manage requests. On top of all this, there’s a widespread attitude that public records requests are to be viewed with suspicion and fear. Unfortunately, these problems have only been made more acute by the pandemic.

Last year, Gov. Gretchen Whitmer issued Executive Order 2020-38, which effectively suspended FOIA indefinitely. Although that order was rescinded a few month later, public bodies seized on the opportunity to not have to process FOIA requests. So, at the height of a once-in-a-lifetime pandemic, citizens were unable to get crucial information from their government.

Things didn’t improve once Whitmer rescinded the executive order. Even today, it is common for FOIA requests to be mismanaged, and it often requires a lawsuit to dislodge public records. A particularly noteworthy example can be found in a case the Mackinac Center Legal Foundation brought against the Michigan Department of Health and Human Services on behalf of Pulitzer-prize winning journalist Charlie LeDuff.

LeDuff noticed that in December 2020, the state had been adding large numbers of “vital records deaths” to Michigan’s COVID death toll. LeDuff wanted to know why these deaths, which were located through searches of death certificates, had not been counted before. He also wanted to know if any of them were being counted as long-term care facility deaths.

The department refused to provide this data, citing various FOIA exemptions. It wasn’t until the Mackinac Center Legal Foundation filed a suit on LeDuff’s behalf that the department produced it as part of a settlement. What those records revealed illustrates the importance of public records requests, and the state’s inadequate management of COVID data.

Specifically, LeDuff learned that the state did not know when deaths were added to the official death toll, nor was it tracking whether the deceased individuals caught COVID at a long-term care facility. This finding alone is noteworthy, but it also prompted LeDuff to look further. What he discovered was shocking.

LeDuff learned that the department does not use vital record searches to track COVID deaths that occur at a sizeable portion of Michigan’s long-term care facilities. The department’s director, Elizabeth Hertel, confirmed this point during her June 3 testimony to the House Oversight Committee. Hertel stood by the number of deaths in nursing homes that report directly to the department and the federal government. But she acknowledged that two other categories of elder care, homes for the aged and adult foster care facilities, are not fully tracked by the department. She also acknowledged that 76% of these facilities operating in Michigan have no reporting obligation whatsoever.

By Hertel’s own admission, the reported number of long-term care deaths in Michigan “could be low.” Logically, it’s an almost absolute certainty. A large number of facilities are not required to report, and the department has failed to cross-reference addresses on death certificates against the known addresses of long-term care facilities. The question, then, is not whether the state is undercounting, but by how much.

Even more scandalous, the state had performed this review in the past, but it stopped doing so, purportedly because it was too time-consuming and resource intensive. When the state did look, it found that 44% of all vital records deaths it reviewed could be attributed to long-term care facilities, even though the media was only reporting a 35% rate at that time.

That’s almost certainly a conservative estimate. When the department performed this limited analysis, it was not including data from adult foster care or home for the aged facilities with fewer than 12 residents. There are 4,596 such facilities in Michigan; 3,474 of those serve fewer than 12 residents. Put another way, as many as 22,092 people could live in these smaller facilities at one time, die due to COVID, and not be considered a long-term care death under the department’s current reporting.

LeDuff would not have been able to learn this information were it not for the open records law. And while it is unfortunate that it took a lawsuit to obtain a meaningful response from the state, the Mackinac Center is proud to have assisted him in uncovering these revelations. This case is a stark example of how free, full and fast access to public records is essential if we are to hold our elected officials accountable for their policy decisions. We remain committed to continuing to enforce FOIA requirements against public bodies throughout Michigan and to assist the public in accessing their records.