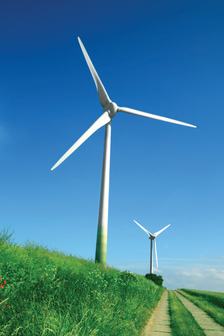 A new report throws many projects into the category of “infrastructure.”

Michigan’s 21st Century Infrastructure Commission recently came out with a report that made 107 recommendations to improve the state’s telecommunications and transportation networks, energy supply, drinking water and sewers. Media and state pundits jumped on it, claiming it says that Michigan needs $4 billion each year in extra infrastructure spending. But that’s not exactly what the report says.

Residents should be skeptical of the idea that general taxes need to pay for further infrastructure.

But some of those recommendations are empty or just plain confusing. Consider this one: “To enhance community resiliency and optimize costs, the Michigan [DEQ] and [DNR] should facilitate the development of tools that enable stormwater and wastewater system owners, managers, and operators to fiscally and operationally manage green infrastructure through asset management plans.” It’s unclear to me what this means or what it calls on the Department of Environmental Quality or Department of Natural Resources to do, let alone why this recommendation will help.

When the report calls for more spending, it is often for projects that aren’t really infrastructure. For example, it asks for $20 million annually to “promote Michigan as the focal point of the global intelligent vehicle industry.” Marketing a niche industry is a much different project than reconstructing roads.

Of the 33 recommendations to spend more money, only 11 actually call for spending more money on infrastructure. For example, it calls on the Department of Transportation and the Michigan Economic Development Corporation to “advance Michigan’s intelligent vehicle industry.” It gives no details about how that should be done, only that it will cost $2 million.

Other parts of the report are objectionable. It says that the state has set a target of producing 30 percent of its energy from renewable sources. That’s odd, considering that voters rejected a proposal to increase the existing mandate to 25 percent in 2012 — and by a margin of 62-38.

Where the report does call for more spending, it’s important to remember that most new revenue to pay for infrastructure should not come from general taxes. The second-largest spending recommendation in the report is to improve the Soo Locks. Funding for that work should come from fees that ships pay to use the locks. As William B. Newman, Jr. and Jarrett Dieterle write, “User fees are appropriate under a beneficiary-pays principle, which recognizes that commercial lakers like the 1,000-foot vessels transporting iron ore through Sault Ste. Marie derive special benefits from the locks beyond those enjoyed by the general public.”

Indeed, little of the state’s infrastructure is funded by general tax dollars and most is paid by user fees. Local water and sewer agencies have no limits on what they can charge their users, provided that they abide by user fee principles. Communications towers are paid for by charges on the people who use them. The costs of erecting and maintaining power lines are paid by the people who use electricity.

Regulators and managers ought to pursue ways to keep fees and taxes down, but the costs should be paid by the people who actually use the infrastructure. Likewise, imposing costs upon end users has a benefit: The infrastructure that gets built only can be sustained if enough people use it at the price it takes to maintain it.

The report asks taxpayers to spend $2.2 billion in road funding above what was generated by the recent gas and registration tax increases. The report’s recommended figure is odd though, because even tax increases proposed in the ill-fated Proposal 1 of 2015 wouldn’t have generated that much new revenue for roads. Plus, the major roads that carry half the state’s traffic already have good ratings — 84 percent of these roads are in good or fair condition. That’s not to say that the state ought not improve roads, but it does bring up the question of urgency.

Michigan funds its roads with a loose user fee principle. The bulk of payments come from fuel taxes and vehicle registration taxes, which tend to be generated by the people who use the roads. But Michigan has spent general taxpayer dollars on the roads as well, and the federal government borrows money to give to states for their roads, all of which get paid jointly by all taxpayers. State lawmakers have leveraged this loose user fee principle to get a tax hike and redirect some general taxpayer dollars that were spent on the roads to other budget priorities.

All this goes to show that this report makes a very weak case for taking $4 billion from taxpayers and spending that money on infrastructure. There may be room for improvements, but much can be provided under the policies currently in place, and residents should be skeptical of the idea that general taxes need to pay for further infrastructure.