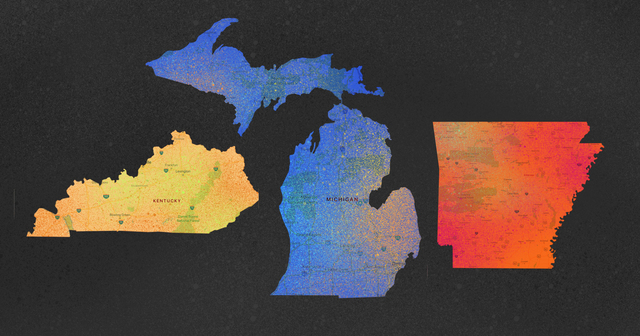 This morning, Gov. Gretchen Whitmer issued a press release calling on the Michigan Legislature to delay implementing work and community engagement requirements for able-bodied adults receiving Medicaid benefits through the state’s Healthy Michigan program. Whitmer’s request comes on the heels of a ruling by the U.S. Court of Appeals for the District of Columbia. The decision upheld a lower court ruling, which struck down similar requirements in Arkansas and Kentucky. The lower circuit court said that the Centers for Medicaid and Medicare, or CMS, had not performed an adequate analysis of how the rules would affect coverage.

Whitmer has already said that Michigan must suspend its work requirements, signed into effect by Gov. Rick Snyder in 2018, until legal challenges against them finish their way through both state and federal courts. A lower court in Michigan has already heard a case and is preparing its ruling.

Despite Whitmer’s assertions that the latest appellate court decision “leaves no doubt” that Michigan’s work rules will also be overturned, neither the U.S. Court of Appeals nor the circuit court’s ruling said work rules were necessarily illegitimate.

Here’s what we should recognize about Medicaid work and community engagement requirements, and what the courts have said about them:

CMS has indicated that it will continue to defend Medicaid work requirement waivers and “vigorously support” the approved state waivers, such as Michigan’s. It is also important to acknowledge the benefits Arkansas enjoyed when its requirements were in place. As reported by Victoria Eardley, research fellow for the Foundation for Government Accountability,

Only a small percentage of case closures on Arkansas’ Medicaid roll were the result of non-compliance. Instead, more than 14,000 individuals left the program due to increased incomes. The work requirement empowered them to move from government dependency to financial independence…

By the end of 2018, Arkansans were on track to save at least $300 million per year because of the decline in enrollment. This was welcome news, given that Arkansas’ Medicaid budget has increased by nearly 60 percent since 2013 and is now more than double the state’s entire education budget. The work requirement put the state on a path towards a more sustainable program. Had the work requirement remained intact, there’s no doubt that the savings would have continued.

Unfortunately, a court halted the life-changing success of the Medicaid work requirement, thwarting budget savings and leaving thousands of Arkansans without the opportunity to lift themselves from welfare. More than 4,000 able-bodied adults immediately returned to the program once the work requirement was paused.

Courts have yet to rule that work and community engagement requirements are inherently unconstitutional, and CMS continues to respond and defend these requirements in the courts. In keeping with these facts, we believe strongly that Michigan must continue to honor the rule of law and move forward with the requirements.