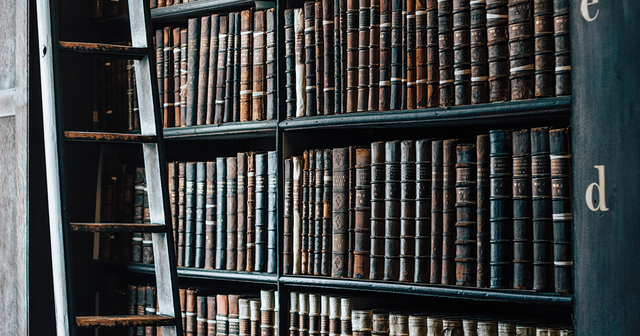 Michigan Has Repealed Some Unnecessary Laws But Too Many Remain

Experts say that Michigan’s penal code is one of the largest and most complex in the nation and should be reformed. The problem, known as “overcriminalization,” was the focus of a 2014 study published jointly by the Mackinac Center for Public Policy and The Manhattan Institute. The report revealed that Michigan’s criminal code has more than 918 sections, or roughly 333 more than Illinois, the state in the Great Lakes region with the second-highest number. The more than 3,100 criminal laws on Michigan’s books make the state’s list eight times larger than the Model Penal Code created by the American Law Institute.

Michigan’s conglomerate of criminal and regulatory law is still indecipherable to average citizens and puts them and businesses at risk of inadvertently breaking laws.

Recently, the Mackinac Center and Manhattan Institute updated the study, analyzing the criminal laws added and repealed by the Michigan Legislature from 2014 through June 2017. The study revealed that Michigan made significant strides toward addressing overcriminalization.

From 2008 through 2013, the Legislature created criminal statutes at a rate of 45 crimes per year. Forty-four percent of these laws constituted felonies. In contrast, from 2014 to June 2017, Michigan passed only 26 new criminal statutes, which equates to only about seven per year — an 84 percent decrease compared to 2013. Of the new crimes created since 2014, about 53 percent are felonies.

During this same period, Michigan also began eliminating outdated laws. In total, the Legislature repealed 16 statutes. These laws, many of which were removed by a series of bills known as the Archaic Laws Package, include: a ban on “singing and playing the ‘Star Spangled Banner’ as part of a medley,” a prohibition on using “indecent, immoral, obscene, vulgar or insulting language in the presence or hearing of any woman or child,” and an embargo on “walkathons and similar endurance contests.” Additionally, in 2017, the Legislature repealed an administrative rule that forbade leaving an unattended vehicle running in a driveway. Yes, if you ever let your car warm up in your driveway before June 2017, you committed a crime.

While these repeals represent excellent progress, Michigan must continue its push toward simplifying, consolidating and reforming its penal code. Michigan’s conglomerate of criminal and regulatory law is still indecipherable to average citizens and puts them and businesses at risk of inadvertently breaking laws.

For example, Al Taylor, owner of Hart Enterprises, sought to expand his parking lot to accommodate the new employees of his growing business. Despite filling out all the necessary paperwork, securing all the necessary permits, and even having an engineering company survey and approve the project, he found himself caught in the tangled web of Michigan’s wetlands rules.

The result was eight years of legal battles and $500,000 of legal bills, both of which hindered the expansion of Taylor’s business, reduced potential jobs in Michigan and hurt his customers around the world. Moreover, the ordeal wasted valuable taxpayer money that could have been spent fighting real crime.

In response to Hart Enterprise and several other cases, the Legislature passed Public Act 250 in 2015, which protects citizens and businesses from inadvertently breaking laws. The act established that if a law fails to specify whether “mens rea” — a Latin term meaning “culpable mental state” — is required to establish guilt, the courts must assume that mens rea is required. In other words, the government must prove that a person or business violated the law with “intent, knowledge, or recklessness” before it can obtain a guilty verdict.

To increase this protection, legislators should take additional steps to make their reforms retroactive and then begin doing the hard work of cutting Michigan’s penal code down to size.

To begin with, Michigan ought to consolidate criminal laws into a single place on the books. But consolidation is worthless without a serious effort to repeal those laws which are duplicative, unnecessary and obsolete. Though pouring through statutes to locate these laws may be tedious, the Minnesota Legislature showed that it can be done. In fact, Minnesota repealed over a thousand archaic and superfluous laws in a single legislative session. Michigan needs to follow in that example.

As residents of Michigan, we should all hope that these efforts do not fall by the wayside. While we’ve made progress, the state is a long way from creating a fair and predictable penal code, which is required for a well-functioning criminal justice system.