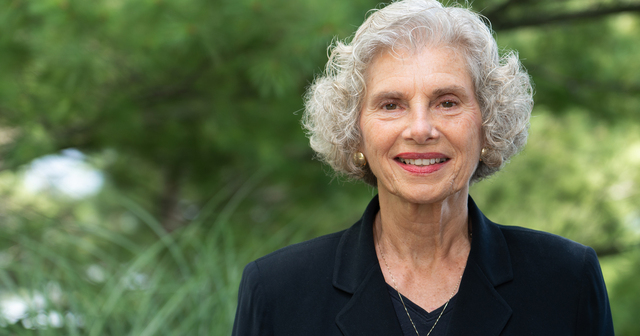 MIDLAND, MI. — Distinguished attorney Lucille Taylor is continuing to fight Michigan’s mandatory bar dues by appealing to the U.S. Supreme Court after losing at the 6th Circuit Court of Appeals. The Mackinac Center Legal Foundation is representing Taylor, who has been a forced member of the Michigan State Bar since 1972, in the appeal of Taylor v. Buchanan.

The lawsuit, first filed in August 2019, argues that the State Bar of Michigan is violating attorneys’ First Amendment right to free association and protection from compelled political speech. State bars take positions on public policies that may not be aligned with all members, yet attorneys in Michigan must pay dues in order to practice law.

“No one should be forced to financially support an organization whose positions they may not support as a condition of employment,” said Derk Wilcox, senior attorney for the Mackinac Center Legal Foundation. “The U.S. Supreme Court Janus v. AFSCME decision upheld this right, but unfortunately attorneys in 30 states are not granted the same First Amendment protections given to public employees. The 6th Circuit Court’s decision was disappointing, but we will continue to fight for the First Amendment protections of attorneys in Michigan and across the United States.”

This state bar case is one of several similar cases being heard across the country. Earlier this month, the Mackinac Center submitted an amicus brief in Crowe v. Oregon State Bar. The brief points out that the U.S. Supreme Court has previously recognized the connection between paying dues to a bar association and paying dues to a union. In its 2018 Janus v. AFSCME decision, the high court determined that mandatory fees to unions violated employees’ First Amendment right, and the court should hold the same for other groups of workers.

The 6th Circuit cited previous Supreme Court cases, including Lathrop v. Donohue and Keller v. State Bar of California, which held that requiring lawyers to join and pay dues to a state bar did not violate their First Amendment rights. However, the arguments in Keller relied largely on an earlier case, Abood v. Dept. of Education, which was overturned by Janus. Keller and Lathrop will remain binding until overturned by the U.S. Supreme Court, which this case and others seek to do. The 5th Circuit, in a similar case, recently noted that "[D]espite their 'increasingly wobbly, moth-eaten foundations,' Lathrop and Keller remain binding."

Currently, 30 states continue to mandate state bar dues which pay for policy advocacy. However, some of the most populous states in the country, including California, New York and Illinois, do not mandate such dues and membership. Sixty percent of lawyers live in states where bar dues are voluntary. These states have demonstrated that they can effectively regulate lawyers without requiring mandatory dues.

You can learn more information about the case here.