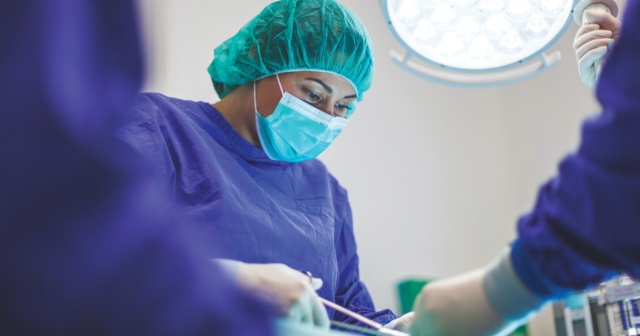 Some of Gov. Gretchen Whitmer’s changes to state regulations ought to be enacted into law.
Publications / Viewpoints

The COVID-19 pandemic is an almost unprecedented problem, requiring a massive response from state and federal governments. This included a closing of schools, a shutdown of many parts of the economy, multiple massive spending programs and a host of executive orders pushing through immediate policy changes.

This is an emergency and, by law and for good policy reasons, most of what has been done is short-term. (We can’t shut down our schools forever and the state and country cannot afford continued massive stimulus programs.) But there are also many changes that have been put into place to solve a short-term problem that will benefit Michigan in the long term if they are put into law for good.

The adequacy of the response in Michigan — whether enough was done or too much — is, of course, up for debate. But many policy changes put into place drew immediate bipartisan praise. They include the following subjects:

Certificate of Need: The law, which prevents the expansion of health care facilities and services, was rolled back to deal with the expected surge in patients. It would be ludicrous to require, say, a grocery store or book seller to get permission from its competitors on a state board in order to open or expand. But that’s exactly what Michigan requires of medical providers. This regulation means fewer hospital beds, fewer cancer procedures and higher costs for everything. The acronym for it — CON — fits, and the state should join many others in repealing this antiquated, anti-competitive law.

Scope of practice: State law lays out what different occupations are allowed to do, which helps define licensed professions. But for many professions, the legally allowed scope is much too narrow, such as the case for Michigan nurses. Anticipating a need for flexibility, the governor temporarily suspended some of the rules limiting how nurses do their work. When it comes to advanced practice nurses, Michigan limits them more than any other state, requiring extensive supervision and not allowing them to write prescriptions, among other restrictions. The result: fewer medical professionals in the places we most need them. The state should free up our medical professionals to work, which is done safely in the vast majority of other states.

Occupational licensing rules: Most of the nearly 200 occupational licenses created under Michigan law require training or educational hours, exams, continuing education and fees. For some jobs, the requirements were suspended during COVID. So, for example, some medical students were able to graduate early, skip testing and get right to work. In some cases, occupational regulations make sense. But we don’t really know how often, because nobody regularly reviews, updates or repeals them. A review of all occupational licensing laws — which is done in at least five other states — would improve life for Michigan residents.

State recognition of certifications: If you move to Arizona, any license or certification you’ve obtained elsewhere easily transfers. That’s not the case in Michigan. Professionals who have worked for decades in other states — as teachers, doctors or even barbers — have to get licensed again here. Sometimes that just means filling out paperwork, but it often means more classes, training, fees and exams. During the pandemic, Michigan opened itself up to outside medical professionals. Recognizing professional work and certifications is always good policy, and the state should do so going forward.

Budget cuts: At the beginning of 2020, Michigan’s budget was looking good. It had also been increasing significantly for years, allowing the state to pay down debt and spend more in other areas. The governor’s proposed budget for this year was flush, with substantial increases in most areas of state government, including K-12 schools, universities, Medicaid, Pure Michigan advertising and most departments. The virus changed that, freezing spending, cutting the budget and redirecting money. Michigan has already received a lot of federal funding to fight COVID-19, and more may be coming to backfill state revenue losses. Lawmakers should not turn around and increase spending in unnecessary areas. That would set a higher baseline for spending on government during a time when households will likely be struggling.

Nobody should use the pandemic as an excuse to push unrelated political objectives (“never let a good crisis go to waste”). But some of the policy changes Michigan put into effect to deal with the crisis will also be solid ideas once COVID-19 has subsided. Lawmakers should consider making them permanent.