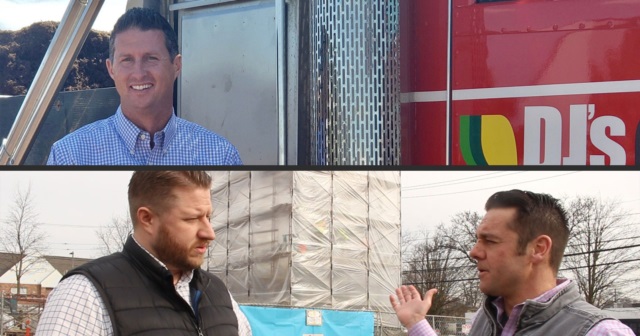 The Mackinac Center Legal Foundation, along with the Miller Johnson law firm, has filed a lawsuit on behalf of Associated Builders and Contractors of Michigan and a private landscaping company. The lawsuit argues that Gov. Gretchen Whitmer’s Executive Orders 96 and 97, which implement “strict workplace safety measures” in the wake of the COVID-19 pandemic, are unconstitutional.

As businesses who differ from the official pace for reopening society begin to act in civil disobedience, the governor has claimed the power to increase penalties for violation of executive orders. The previous penalty, permitted by statute, was potentially a 90-day jail sentence and $500 fine. Now, violators face a potential three-year felony and a fine of up to $70,000 per occurrence. If the state seeks only fines, not jail time, for violations, the standard of proof is lowered from “beyond a reasonable doubt.” Not only is the governor increasing penalties without legislative approval, she is also transferring enforcement power from local elected officials, such as sheriffs and prosecutors, to unelected bureaucrats under her control.

“Gov. Whitmer’s approach threatens the safe jobs of Michigan workers who from the start have led the way, creating the gold standard of safe worksites during the COVID-19 public health crisis,” said Jeff Wiggins, state director for ABC Michigan. “Michigan’s more than 100,000 craft trades professionals deserve safety and certainty from state government as they return to their jobsites. They also deserve to have a voice in the rules process. Instead, they are threatened by the arbitrary, unclear and unconstitutional enforcement methods set to be dispatched throughout the state to intimidate good, honest workers.”

The Mackinac Center is also representing DJ’s Landscape Management, a Grand Rapids-based landscape company owned by DJ VanderSlik. VanderSlik, who started the company when he was 12, was recently able to go back to work after the governor lifted previous restrictions. Though he is able to return to work, VanderSlik recognizes the impacts these executive orders have had on businesses across the state.

“We have a constitution for a reason,” said DJ VanderSlik. “By making her own rules without backing from the Legislature, the governor is neglecting to give people a voice. Many businesses won’t be able to recover from the financial setbacks that her executive orders have caused.”

“We are a democratic republic and that means there are often competing voices,” said Patrick Wright, director of the Mackinac Center Legal Foundation and vice president for legal affairs at the Mackinac Center for Public Policy. “Through the Legislature, the governor has been given some emergency powers. While the current situation is unprecedented and lives and livelihoods are at stake, the governor cannot single-handedly rewrite legislation to dramatically increase penalties apparently so as to stamp out dissent over the proper time and method of reopening society.”

You can view the complaint here. Given the circumstances of the case, the Mackinac Center Legal Foundation filed for an immediate declaratory judgement. You can view the motion here.