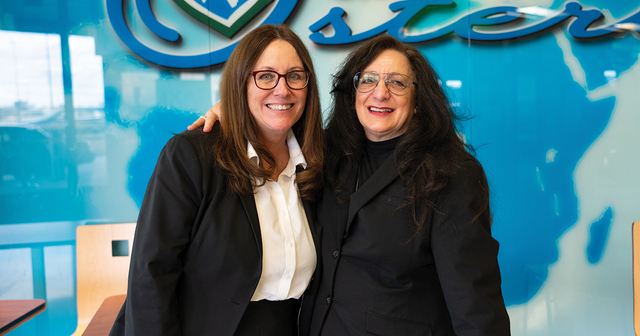 MIDLAND, Mich. — The Mackinac Center Legal Foundation is appealing a judicial decision which dismissed its lawsuit on behalf of workers under the Railway Labor Act. The case seeks to extend Janus rights — the First Amendment right that prevents public sector workers from being forced to financially support a union — to hundreds of thousands of airline and railway workers.

The case has been filed on behalf of Lin Rizzo-Rupon, Susan Marshall and Noemieo Oliviera, who work as passenger service employees for United Airlines. As airline employees, federal law permits unions to require nonmembers to financially support the union through agency fees. None of the plaintiffs voluntarily chose to join their union, yet all must pay agency fees or risk losing their jobs.

“It’s my money. I don’t feel that I should be required to pay someone to protect my job,” Rizzo-Rupon said. “We now have laws to take care of our health and safety in the workplace. I don’t think I should be paying taxes to the government that’s protecting me and then also be paying these mandatory fees to a union for those same protections.”

The open question identified by the Supreme Court is whether “Congress’s enactment of a provision allowing, but not requiring, private parties to enter into union-shop arrangements was sufficient to establish governmental action” and thereby triggering First Amendment constitutional protections for workers, like those identified in the Janus v. AFSCME case.

The initial case was filed in U.S. District Court of New Jersey. The lawsuit was rejected by the judge who held that the Janus case applies strictly to public sector workers and that airlines employees can still be forced to provide financial support to unions. The Mackinac Center Legal Foundation is appealing the case to the United States Third Circuit Court of Appeals.

More information can be found at www.mackinac.org/RLA.