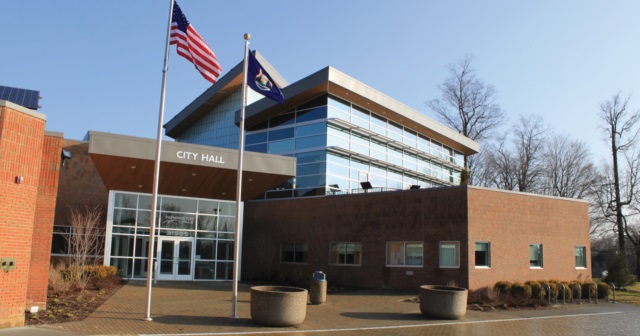 There’s more happening on the March ballot than the question of which candidate will win the Democratic Party’s presidential nomination. A statewide election also means that local governments can ask voters to approve new property tax levies. It’s a good thing that the state constitution subjects these taxes to limits, such as a vote of the people.

Local government officials often claim that they struggle to provide the services that their residents demand, because their revenues are limited. They face a number of legal restrictions on the taxes they can levy, though the biggest issue comes down to whether voters will support their ideas.

The property tax — the largest and most contentious tax in the state — is limited in a number of ways by the Michigan Constitution.

An individual’s taxable property value cannot increase faster than inflation, a limit added in the 1994 Proposal A question. But the number gets reset when the property changes ownership. And according to the Michigan real estate agents, $24 billion worth of homes were sold last year. That’s a turnover of around 3.8% of the value of residential homes in one year, so there’s a decent amount of resetting that goes on.

That resetting factor matters because it allows the government’s total property tax base to increase faster than inflation, even if an individual’s taxable property is limited to inflation. Overall taxable value in Michigan increased 4.4% last year, according to state reports, while inflation was just 1.8%. So even if the growth of any specific property’s taxable value was limited to inflation, the property tax base for all local governments increased by more than double that rate.

There’s a second mechanism that limits how quickly government’s property tax revenue can go up: It can grow only as quickly as inflation, excluding taxation on new construction. So, if government revenue grows faster than inflation, property tax rates are decreased to match the inflation rate. Officials are free to ask their residents to keep rates the same, however.

That’s because of the third limit on state taxes: All taxes authorized by a law enacted after 1978 must be approved by voters. Which also means that the taxes local governments were authorized to levy before then can be increased without local popular approval. And some governments have used that power to enact tax hikes without asking voters.

Local government fees can be levied and increased without voter approval, too, provided that they are fees and not taxes. One of the debates going on in the Michigan Legislature now involves storm sewers, fees, and taxes. Storm sewers usher rainwater and snow melt off roads and into a nearby body of water, and some governments want the fees they collect for them to be based on how much acreage a person owns. The Michigan Supreme Court has ruled that financing storm sewers this way looks more like a tax than a fee, and thus subject to voter approval.

These three limits on how quickly property taxes can go up restrain local governments’ growth. They also ensure popular control of local government fiscal policy. Governments exist for the people, but elected officials often side with ease of governance over popular will. Taxpayer protections are a counterweight to that tendency.

Limits also give residents an important responsibility: to ensure that their government functions appropriately within them. Government managers have an easier time communicating with the people’s representatives about the necessity of taxes than the people themselves. But managers need to convince the people, not just their representatives, if they want to get their funding requests approved. So if local government is to function, the people need to trust it.

If the public trusts that their taxes will be spent wisely, then they will support more tax levies.

Taken as a whole, the state’s ways of constraining local governments are working appropriately. Government can grow by a limited amount, but it needs to align itself with popular support. Or to borrow from a document from the American founding, the consent of the governed.