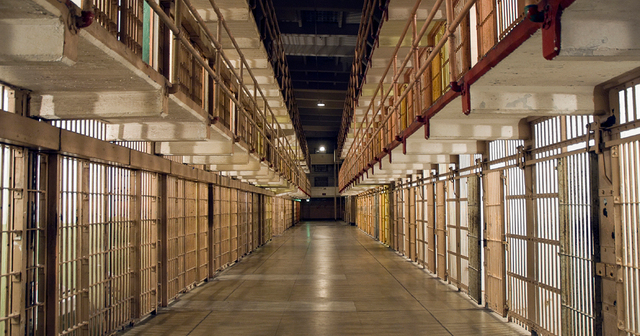 Breaking the cycle of incarceration will save money and lives.
Publications / Viewpoints

In early March, the Michigan Legislature passed a package of wide-ranging criminal justice reforms. Now the bills are law; here’s what that means for Michigan.

The laws will reduce criminal recidivism (that is, the likelihood that an offender will commit another crime) and help Michigan’s corrections system operate more effectively. Twenty bills passed the House and Senate, and Gov. Rick Snyder signed 18 of them into law. The reforms include many important steps forward, as Speaker Tom Leonard told MLive:

The new laws will build on existing efforts to help parolees and probationers succeed, reducing the number of crimes and the number of people entering prisons.

“We eliminated outdated rules that punished people for technicalities and put them in prison unnecessarily. We embraced new rehabilitation programs and practices that will reduce the number of repeat offenders. We added measures to defend crime victims and protect families first. And we reopened the doors to charities and faith-based groups who want to get involved in prisoners’ lives and make a real difference that benefits us all.”

Attorney General Bill Schuette has supported the legislation, commenting that the bills are “a smart approach to not just breaking the cycle of incarceration, but making sure the voices of victims of violent crime are heard.”

These reforms enjoyed bipartisan and, in the Senate, nearly unanimous support. They show that, despite political divisiveness, there is a lot of middle ground to work on to improve the lives of vulnerable Michiganders and help the state become a leader in the effective administration of criminal justice.

“An ancillary benefit to all of that, but not one that should be misunderstood or downplayed at all, is that it ultimately saves taxpayer dollars also,” said bill sponsor Sen. John Proos, R-St. Joseph.

Crime is incredibly expensive, both socially and financially. And so is incarceration — Michigan spends nearly $2 billion per year on its Corrections Department. Nearly half the people entering Michigan prisons each year are there because they violated a technical term of their probation or parole. (Probation means that someone who has committed a crime is under the supervision of the local court and may have to perform community service and be subject to travel restrictions, a curfew, or drug treatment. Parole is supervision for people who have been released from prison and usually involves rules about travel, housing, employment and drug testing.)

The new laws will build on existing efforts to help parolees and probationers succeed, reducing the number of crimes and the number of people entering prisons — two major drivers of the corrections budget.

For example, one of the bills enacted the Parole Sanction Certainty Act. “Sanction certainty” means that parolees who violate the rules of their parole are immediately disciplined.

These sanctions are proportionate to the violation and imposed right away, every time a rule is broken. This method has been shown to help build accountability, in contrast to the current situation in which a violation may result in merely a warning from a parole officer. As warnings pile up, the exasperated officer may haul the parolee in front of a judge for a disproportionately severe punishment, such as being returned to prison.

The smaller, graduated punishments used in sanction certainty programs could also help reduce the number of parolees who are returned to prison even though they have not committed another crime. (In 2013, 2,029 people were returned to prison for violating a technical term of their parole supervision.) Reimprisoning someone struggling with re-entry is expensive — a prison bed costs $96 per day — and cutting parolees off from jobs, family responsibilities and re-entry services is counterproductive to the restorative goals of parole.

Sanction certainty is just one good idea of many contained in the new laws that aim to instill some common sense in Michigan’s criminal justice system. In his 2015 Special Message on Criminal Justice, the governor said that “we have a responsibility to spend intelligently on programs that … promote public safety and reform offenders.” The new laws will put Michigan on track to keep its promises to vulnerable communities and become a model of effective criminal justice for the nation.