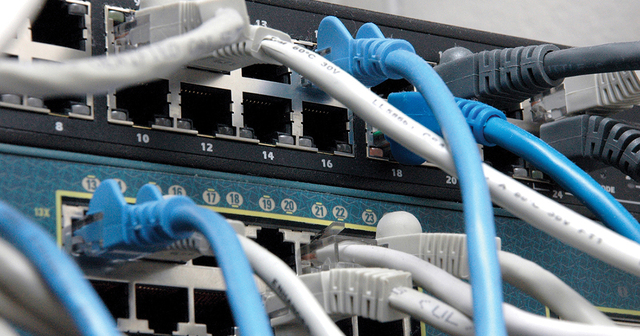 Local governments can help make high-speed internet service available without going into the business themselves. Photo by Jon Davis on Wikicommons.
Publications / Viewpoints

A package of bills introduced in the Michigan House would limit fees, streamline permits and generally make it easier for internet providers to offer high-speed connections. It would also prevent local governments from using tax dollars to subsidize internet service providers, which inevitably creates winners and losers.

These bills would remove government-imposed barriers facing ISPs, resulting in faster and less expensive internet service for citizens. More competition among internet providers won’t jump-start local business development all by itself, but as Google Fiber has shown in several cities, more competition and better service can emerge when cities dust off and streamline their permitting regulations. In small cities around the country, people are getting lightning-fast internet for $50 to $70 per month — with no government subsidies.

More competition among internet providers won’t jump-start local business development all by itself, but … more competition and better service can emerge when cities dust off and streamline their permitting regulations.

The first three bills are largely an exercise in common sense: They prevent local governments from standing in the way of a service people heavily rely on. The most controversial bill is HB 5099, but it too should be considered.

In Traverse City, Holland and elsewhere, cities have demonstrated an interest in using tax dollars to provide government-owned-and-operated internet and even television services. The bill is a good move that would refocus local governments on their core services.

Traverse City and Holland, for example, should be concerned about problems more severe than the number of internet providers. One such problem is the state of their pension and retiree health care systems, which have promised retirees far more than these governments have set aside to pay for. The public utility in Traverse City owes retirees $14 million and just found out it needs $6 million in unexpected IT upgrades. Holland has $37 million in retiree debt and has only set aside 75 cents on the dollar of what it owes. Those problems have sunk other cities and show that municipalities need to focus on the core issues of governing.

Both broadband systems being rolled out also rely on overly optimistic assumptions that will likely never come to be. The assumptions are built into financial projections, which helps cover up the true costs that taxpayers will be on the hook for. Local governments across the country typically make this mistake. That’s one reason why a new University of Pennsylvania study found that of the publicly financed ISP projects that make their data available, only 10 percent recoup their costs during the useful life of the network. A study from the Mercatus Center at George Mason University found “no discernible effects” on private sector employment as a result of government-run internet services.

That’s not to say that cities cannot do anything to help their residents get faster internet service. As I noted recently, Michigan municipalities should “follow the lead of other cities by laying new, smart conduit for private internet providers to use. City-owned utility poles could provide cheap rental rates for wireline or wireless providers. When replacing poles, [municipalities] should update them with new, larger ones and charge cheap rent. Streamlining the permitting process for digging trenches and renting poles also should be looked into.”

The bill package as a whole encourages private providers to offer better internet service. That’s the route local governments should pursue, rather than undertake another failed attempt at running a taxpayer-funded boondoggle.