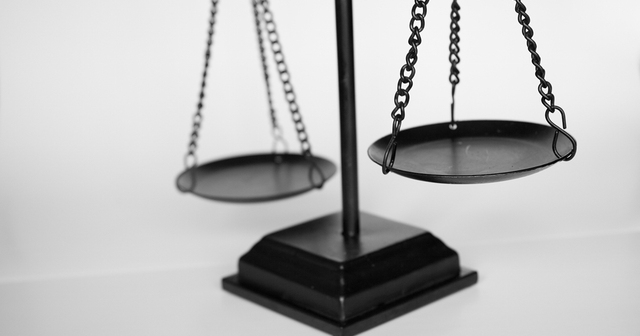 Legally Innocent, Yet Behind Bars

Michigan’s Criminal Justice Policy Commission recently heard from representatives of Oakland and Kent counties about Michigan’s system of pretrial detention. At the request of the Legislature, the commission has the task of examining Michigan’s criminal justice system to identify ways to save money and improve its effectiveness.

Two people who testified about the state’s current system urged a look at state laws on bonds. Barbara Hankey, of Oakland County Community Corrections, and Timothy Bouwhuis, of Kent County Court Services, talked about reducing or eliminating the practice of paying money, or bail, to secure the release of a criminal defendant being detained awaiting trial.

Hankey and Bouwhuis noted that six in 10 inmates in American jails have not been convicted of a crime and are legally innocent. In other words, most people in jail are not convicts, but rather people awaiting trial. And most of those pretrial inmates are there because they cannot afford to pay bail.

In 2016, the ACLU of Michigan filed a lawsuit against a judge who had been jailing poor defendants for failing to pay fines, fees and minor tickets. Although Michigan judges are supposed to take a defendant’s ability to pay into account when imposing fines and issuing sentences, there are no clear rules to ensure this happens consistently.

Michigan’s bail law authorizes judges to release criminal defendants who are being detained pending their trial in exchange for a sum of money determined by the judge. The court holds the money until the defendant has made all the required court appearances, and then returns it. The defendant who misses an appearance forfeits the bail and could be charged with the crime of failure to appear.

But this system means that taxpayers often spend a lot of money detaining people who are charged with minor crimes and can’t afford to post bail. These defendants may not be flight risks, but are nevertheless cut off from their jobs and families pending their trial because for them, even a relatively small bail amount may be prohibitively expensive. Meanwhile, people who are accused of committing dangerous crimes may be able to afford to pay bail and are then released into the community.

The conservative criminal justice reform group Right on Crime has proposed several solutions to the problem. One was also brought up by Hankey at the commission hearing: Take advantage of actuarial methods to determine each defendant’s risk of absconding or being re-arrested. Asking questions such as whether the defendant has had prior arrests or convictions, prior failures to appear, and prior violent convictions has been shown to accurately determine that person’s needs and flight risk.

It is a key role of government to oversee a criminal justice system that ensures punishment for bad behavior. But a good criminal justice system does so in a fair and efficient way. No innocent person should be punished, and the state should carefully study the evidence on whether Michigan’s current cash bail system can be improved.