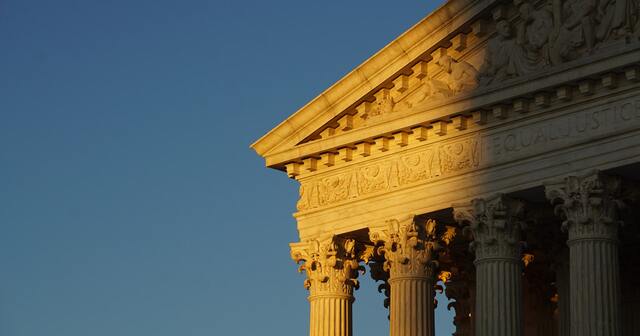 Some state bar associations require attorneys to pay membership dues in order to practice law. These dues can be used by the state bar in a variety of ways, including supporting political causes that may not align with the beliefs of the lawyers.

The brief notes that the Supreme Court has previously recognized a connection between paying dues to a bar association and paying dues to a union. In the 2018 Janus v. AFSCME decision, the U.S. Supreme Court held that compelled financial support by public workers of a union violated the workers’ First Amendment rights. Mandatory state bar dues are a similar form of compelled political speech.

The Center’s brief points out that while 30 states continue to mandate this form of compelled speech, 60% of lawyers live in states where bar dues are voluntary. Some of the most populous states in the country, including California, New York and Illinois, do not mandate bar dues. Therefore, states can effectively regulate lawyers without requiring mandatory dues. Further, no research has shown that bars with mandatory dues are better at regulating the legal profession than those without such mandates.

“States should not be allowed to continue violating the First Amendment rights of attorneys who wish to practice law,” said Patrick J. Wright, vice president of legal affairs at the Mackinac Center. “The Court has an opportunity to uphold First Amendment protections and give over 750,000 attorneys the right to refuse to support speech they disagree with.”

In August 2019, the Mackinac Center Legal Foundation filed a lawsuit on behalf of Lucille Taylor against Michigan’s state bar. The case is currently at the United States Court of Appeals for the 6th Circuit. You can learn more about that case here.

You can view the amicus brief here.